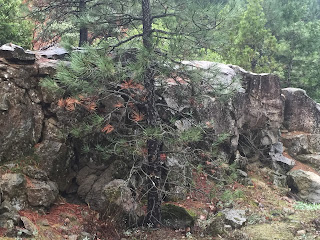 The first time I had a scientific lab class in college, I was first exposed to the idea of evolution.  It doesn't even rate the description of a theory, let alone to be put forth as a fact of the natural order.  There are no facts to support evolution and I'm posting a video of an "evolutionary biologist" who eventually realized that he really had no facts to support the idea of evolution.
People who believe in evolution are either extremely stupid or extremely evil.  My interest in posting the following video is a perfect example of how someone who has believed something for so many years, finally realizes that he is mistaken in his views.  I have had many of these moments where I realized that a lot of the things I was taught from various sources where outright lies.  Evolution is simply bullshit.  I knew it when I was 19 years old in college and I know it now.  But I understand the old saying that says something like: If you keep telling the lie over and over again, people will start believing in the lie through simple repetition.  As I have mentioned before, evolution is a way to get people to think that they are animals which probably needs more discussion later.  All of the written laws from most governments are applicable to animals and not men, women, and children as God created them.  However, for this post--which is only a little over seven minutes--I think it is important to show that there are some scientists that are realizing that evolution is complete and unadulterated poppycock.


Here's another one I found that should be very informative.

Related:
Thanks to Ray Ogoraeck who posted this link for further study.  In my opinion, bullshit is the best word to describe evolution; however, for those who want more than that word, here's the link
https://www.complementarycurrency.org/ccLibrary/Mutual_Aid-A_Factor_of_Evolution-Peter_Kropotkin.pdf
Posted by Very Dumb Government at 11:20 AM