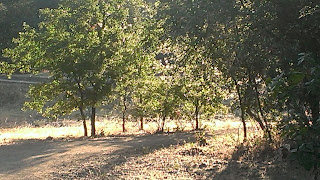 One of the most amusing things I've seen in recent years is the dog and pony show called the debates.  Ever since the Kennedy and Nixon debate, people actually think that they have a choice in determining which way the government.  Most of these debates are incredibly boring and not very much substance flows from them.  However, Trump's decision to withdraw from the debate is his way of punishing Fox News and Megyn Kelly.  The reason is Kelly asked the most obnoxious question to Trump about his treatment of women and Trump took exception to it.

Mainstream media gets the shaft
I think the joy of being a billionaire and running for President is that he doesn't have to kiss anyone's ass to get money.  He can simply fund his own campaign and do what he wants.  In this case, Fox News deserves to get the shaft.  They are an obnoxious bunch of neo-conservatives which simply means that we could actually call them neo-Bolsheviks.  Kelly's question was completely out of line and it was intended to slam Donald Trump.  Now, if this had been done to the quiche-eater Jeb Bush, he would have just whined like a little bitch and go on to the debates.

Media bashes Republican candidates
The media has always been bashing Republican candidates.  Notice how black conservatives get hammered and completely compromised before they even get started: i.e. Herman Cain, Ben Carson.
According to the libtards, a man can be black but he better not be a conservative or they'll call him and Uncle Tom.  Running for president is like jumping into a cesspool and then having to negotiate with the floating turds in Congress.  Why Donald Trump wants to be president is something I cannot answer.  Just going through the campaign is enough to drive a person crazy.  But, in response to Kelly's assault, Trump has been pissed off at her ever since that day.

Trump has huevos
Trump is showing that he has the leadership abilities and that he can operate independently from the media. By withdrawing from the upcoming debate, he's telling Fox News that he isn't going to take Kelly's bullshit.  Make Fox News pay for their dirty deeds.  This is fun to watch; I have to admit it.  Again, I take all of this with a grain of salt as Trump could be just putting a good dog and pony show in order to get someone else elected.  But I have to admit, he puts on a fantastic show and all of that will ensure that he will win the nomination and the election if he is the real deal.

Mainstream media is an intellectual cesspool
What Fox News forgot was they can't bullshit a master salesman like Trump.  It cannot be done and the media is too stupid and arrogant to understand it.  It's not just Fox News.  All of the other networks work in the same fashion so that the people voting can me uninformed choices.  The problem as I see it is that there is no choice when it comes to voting for your slave masters.  If Donald Trump becomes president, he will be president of a horrific slave system that has been a scourge of mankind.  I would be more impressed if he started his presidency taking down all of the communist principles used by the govtards: i.e. income tax, true ownership of land, close the public school system, and remove the central banking system.  I know I'm dreaming but it's fun just thinking about it.

Posted by Very Dumb Government at 11:10 AM