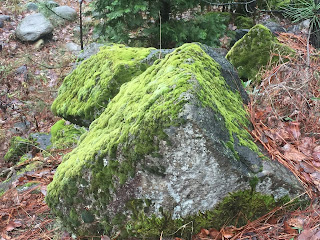 One of the most compelling things about the Trump campaign is his statement about making Apple manufacture their products in the United States.  Trump claims to be a "free-trader" but that word is also used in The Communist Manifesto.  However, in Trump's case, I might suggest that his reasons are honorable and that the offshore manufacturing of goods should be stopped until our domestic companies are at full capacity.  I don't have any confidence in any government to do the right thing, but perhaps Trump should approach this more as a dictator as he is in his own companies.
There's no question that Trump is successful, and the reason is that he's got the talent to make it happen.  I'm hoping that he's not bullshitting the people.  I'll give him the benefit of the doubt.

Domestic Manufacturing
As a former owner of a manufacturing company, I understand the difference in labor costs.  I was approached by a Chinese factory sometime in the mid-1990s and I was quoted .29 per hour for Chinese labor to make my bags.  I was paying between $9.00 per hour to $15.00 per hour plus government mandated payments.  The cost of the materials were slightly cheaper, but it was the labor cost that was tempting.  My problem with it is that I would lose control over inventory and production, which in turn would make it a sales and marketing nightmare.  I was against NAFTA and the WTO for the very same reasons Donald Trump was against them.  While domestic manufacturers had to pay all of the government mandated insurances, taxes, social security, and other fees, the competitors for foreign countries got and still do get a free pass; no tariffs and no taxes.  And at the same time, I was unable to even begin to think about selling my products in China.  Not so much as the price, but the Chinese mandated that I must have a Chinese partner.  I couldn't work with a domestic partner let alone a Chinese one that was thousands of miles away.  The idiots who worked on these trade agreements have intentionally destroyed this country's manufacturing base.  Trump would like to fix that and he should if he gets the opportunity.  So, there is no such thing as free trade with China.  It is a one-way street: from China to the United States.
Many companies have moved their manufacturing operations to Mexico and Canada for the same reasons; cheap labor and an escape from the regulations of the government.  In my opinion, the cost of labor is the real issue.

"Conservative" Idiots
I have a good memory; sometimes.  I remember when people like Rush Limbaugh, Sean Hannity, and other "conservative" radio broadcasters were applauding NAFTA. Who would have thought that Rush Limbaugh was a socialist?  I couldn't believe that he was that stupid. It was the same thing with almost all of the radio show hosts; socialists.
This was the first time I actually read government; codes and trade agreements. And NAFTA was a piece of socialist dog shit from the beginning.  No businessman in his right mind would have thought it was going to work.  In fact, NAFTA was so bad that the government was promising people to pay for retraining them when they already had good jobs.  Ross Perot rightfully said that people will hear that "great sucking sound" which was their jobs disappearing.
The biggest problem with these trade agreements is that they seem to intend to destroy the American manufacturing and agricultural foundation, leaving only the service and consumer economies.  The problem with this is that a solid economy needs all four: manufacturing, agriculture, service, and the consumer to have a healthy economy.  However, American companies have been shut out of foreign markets while the foreigners are able to freely trade.  Trump has properly criticized this and he intends to fix the problem.

Trump is right but will he hold the course?
I don't have any confidence in the political process and I'm not sure if Trump is bullshitting the public.  But taking his word for it, Apple wouldn't be the only company that would be pressured into manufacturing more of their products domestically.
But under our current greedy communist system, millions upon millions of people will work for substandard wages which is the whole point of corporate communism.  They steal the workers' pay by shifting it to less expensive countries while domestic manufacturers struggle because of the communist inspired regulations.  The rules and regulations that domestic manufacturers have to pay always add to the cost of the products.

The government doesn't care about anything but its own interests
These communist style governments like we have in Washington D.C. are of no help to anyone.  They create social chaos and they are themselves anti-social.  I don't know how Donald Trump can work with idiots like these; I really don't.  I think that the system is so corrupted that Donald Trump will have a minimal effect on it.  On the other hand, if there is anyone who has the overall skills to make good things happen economically, it would be him.  It would be a great thing to have companies like Apple manufacture their products domestically providing for more jobs.  A higher paid workforce is always going to provide for a good economy.  Would Trump be able to make it happen?  I think he can as long as he doesn't pull a "Ross Perot" and quit before the election.  Regardless, it is important that manufacturing should return and that more quality jobs will be the desired result.  If people have money to spend, then the economy will grow.

Posted by Very Dumb Government at 9:32 AM