Death by Diet: A Book Review 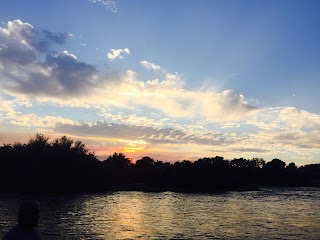 When I was told that I had lung cancer at Lompoc prison, somewhere around 2009,
I decided that I was not going to take conventional treatment. And that was because after watching my father in law suffer horribly from chemotherapy I decided that I was going to try something else and see if that worked instead.  An inmate gave me a book called Death by Diet by Robert R. Barefoot.  And what I learned was a game changer in the way I looked upon my own healthcare.

No Money in a Cure
There's big money to be made with chemotherapy drugs.  At the time, my father-in-law had leukemia around 2003, the price of just one bag of chemo was around $5000.00  After a few of these sessions he was extremely ill and he essentially had no immune system left.  Of course, the oncologists sat in the hospital room and attempted to put even more drugs into his system.  All those drugs did was to destroy his overall health.  He was completely miserable and I suggested that he stop the treatments.  He did stop them and four days later he passed away.  The misery this man suffered was unbelievable.  In fact, I remember asking the two oncologists something like: "How does it feel to be on the losing team every day."  They had no answer for me.

Alternative methods in dealing with cancer
I had heard about alternative treatments for cancer but it wasn't until I was informed that I had lung cancer did I do any more research on the subject.  Around December of 2008, I was told by the prison physician that I hand "rung" cancer.  Yes, he was Vietnamese and I kept thinking that this guy was such a crappy doctor that he must be former Viet Cong getting his revenge.  I declined his treatment and I declined to have them do a biopsy. because if there was cancer, I did not want it to spread.  I began to study the Death by Diet book and I decided that if there was a way to survive it, then I would give it a try.

Causes of Cancer
One of the best points Dr. Barefoot made was that cancer is caused by poor nutrition.  The body can get into a bad acidic condition.  One of the worst culprits is the eating of refined sugar.  This will cause the Ph level of the body to go under the normal mark and this is the reason cancer can grow.  Cancer grows in the condition of a low level of oxygen in the body.  It has been known since the early 1930s that cancer is caused by a high acidic level.  However, once that is corrected and the body is returned to the proper oxygen levels, cancer cannot grow in an oxygen rich environment.  (So be sure, I am over-simplifying this so this is why the reader should buy the book.)  Barefoot's solution is the taking of coral calcium in order to raise the Ph level to an acceptable alkaline level.  Cancer cannot survive in an alkaline rich environment.

Remedy means a complete readjustment of the diet
Since cancer can be caused by nutritional deficiency it only makes good sense to adjust the diet to give the body the chance to build up its immune system.  In Death by Diet, the main ingredient that Dr. Barefoot suggests is the use of coral calcium.  In my case, I didn't have coral calcium available to me but I did have regular calcium.  After about three to four months of taking calcium supplements,
I was given a CT scan.  They never gave me the results and since I am still alive, I'm assuming that the calcium helped.
I did adjust my diet according to the suggestions in the book and I felt better.  Here is an important quote from the book: "cancer cells cannot exist in an alkaline environment, so if we put the body back into an alkaline state as it was when we were born, the cancer cells simply die off."  The reason calcium would work is because it helps to raise the alkaline in the body.  There are other ways to do this but all I had available to me was the calcium.
About 8 months ago, May 2015, I was in my doctor's office and I received a chest Xray for something else.  The doctor questioned an area on my lung that could pose a problem.  However, after sending the Xray to the radiologist, there was no problem.  I told the doctor that it was probably residue where a lung cancer had been and I think I defeated it with the calcium.  I cannot conclusively prove it since I declined the biopsy; as there was no advantage in risking spreading any cancer further into my body.
Death by Diet is an extremely interesting book with lots of facts and common sense.  After reading this book, I wasn't even tempted to try any conventional treatment for cancer.  There are also other treatments that use the same Ph principle.

Posted by Very Dumb Government at 10:35 AM