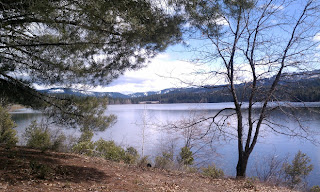 I'm beginning to think this Muslim immigration issue is worth examining.  I remember way back  around 1996 one of my sons was in public junior high school.  And during one of his classes, he told me that they were doing some kind of Muslim religious ritual called the hajj.  At the time, we were a Christian family, but we kept our beliefs to ourselves.  I immediately pulled him out of the school because I felt that was the wrong environment for him.  I was extremely pissed off because I could not imagine a public institution pushing a religion on the students.  The whole incident was nuts, and I couldn't figure out why they would do it.  I told other parents and it was like talking to a wall.  People are really stupid and they don't ask questions in order to understand an issue.
Fast forward to 2015, there have been many violent incidents that have been perpetrated by Muslims, yet the press and the national govtards don't think that the religion is a problem. Muslims say it is a peaceful religion, yet there is much violence in the Quran.  I tried reading it and I stopped when I read: "Cut off the heads of the infidels."  And if we go on YouTube, there are many videos of people having their heads cut off.
Trump has made the statement that he would stop all Muslims from immigrating to the United States until he can figure out what is going on.  He says there's something wrong and he wants to get to the bottom of it.  What is almost comical is the fact that the MSM  and the other Republican candidates are going apeshit over Trump's position and the candy-ass govtards are doing the same thing.  These ruling class slugs don't care one bit for the safety of the general public, they just care
about their own idiotic agenda.
No religious group has any rights to come into a place and spread chaos and violence.  This breaks the commandment: "Thou shalt not kill."  But religions don't honor the commandments so they think they can kill whoever they wish, in the case of Muslims, "cut off the heads of the infidels."  I don't see where these people are a "peaceful religion."  But, just as in Islam, there are many other religious writings that call for the killing of other groups or races of people.  You can check it out for yourself by Googling the following:

There's no religion that doesn't have blood on its hands, but any group that advocates the cutting off of the heads of people who disagree with them is anti-social  to say the least.  Trump is correct on this and he seems to be the only intelligent candidate with a brain.  It's only common sense to keep people out who want to kill people.  Of course, the American people are so well-armed that it would be a real mess for the Muslims.  Which takes me to my next point.

I believe the corporations and the governments have instigated this Muslim nonsense in order to create chaos and to lead us all into yet another new world order shithole.  And they have been preparing the public for a long time.  I remember when Top Gun came out in 1986 and we all thought it was cool, but I was wondering why the place of these combat stories was in the Middle East.  We weren't at war with them and there wasn't the religious hatred going back and forth then.  But in 1989 Bush invaded Kuwait and "rescued" it from Sadaam.  Then Bush II invades Iraq and destabilizes the whole area.  The people's minds were softened with various war movies that were centered in the Middle East.

Israel is  massacring the Palestinians and the whole area is on fire.  Indeed, the Middle East is Satan's playground and it has been very ugly for a long time.  Trump, if he is being honest, seems to understand this and wants to keep that kind of chaos away from the United States.  I personally don't trust any politician, but it is comical to watch the MSM get so upset over Trump's stand.

The real problem with society is three-fold in my opinion: communist-socialist-fascist government, violent religions, and lying media.  These are the instigators of social disorder.  But the last thing we all need is more Muslims who openly say they want to kill the infidels.  Trump is correct in this instance, in my opinion.  But the worst problem is the communism and the governments who have built their organizations on it.  It can't be denied that communism is an abject failure and it is extremely evil.  Maybe this ISIS nonsense is a distraction to take the peoples' eyes off of the real problem of communist government. I can only speculate.  I don't really trust any politician nor any media reports.  Some are claiming these attacks are "false-flags."  But who knows?  But we do know that communism is the world's largest problem and until that is addressed, nothing else will go well.  Remember, all ten planks of the Communist Manifesto are in place in most if not all of the world's governments.

Posted by Very Dumb Government at 10:14 AM