Sex Before Marriage and Tim Tebow 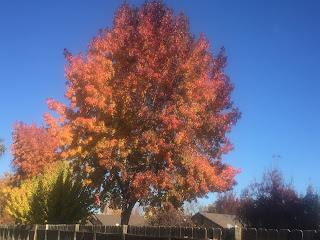 It has been reported for the last few days that Tim Tebow got "dumped" by Olivia Culpo because they were dating, but he wasn't willing to have sex with her.  It has been Tebow's desire to save it for marriage, and so far he's holding his ground.  Ms. Culpo, on the other hand, dumped Tebow (as it has been reported) and she is now moving on with her life.  I have mentioned this to a few friends and I got some interesting reactions.  One said: "You have to try the shoe on before you buy it."  This remark comes from a "Christian" who goes to church every Sunday.  But let's look at the natural law and not any religious books to find an explanation.

Fornication violates natural law
While it is true that the bible forbids fornication (sex without the benefit of marriage) one can readily see in nature the problems it can cause.  Everyone knows that sex produces children, and children need both their mothers and their fathers--within the bond of marriage--in order to have healthy and stable lives.  If a child is missing a mother or a father, life is more difficult for the child.  When that happens, society becomes more unstable and the condition can produce more chaos, along with divorce.   So, Tebow's stance is on biblical or Christian grounds which Ms. Cuplo knew before she got involved with him.  In order for Tebow to be taken seriously with his "Christian" faith, there is no way he can have pre-marital sex and then claim to be a Christian at the same time.  Sex is too personal to have with anyone other than the spouse within the bonds of marriage between a man and a woman.  In the bible, it was considered a capital offense punishable by death.  In today's sexually chaotic world, few people are actually stoned to death for fornicating or adultery.  On the same token, we have almost complete social chaos with most of the governments and the religions in abject corruption.  Just knowing the physical consequences of having sex tells us without any religious teaching, that fornication is not a good thing for anyone: unwanted children, tumultuous relationships, precarious living conditions, and the rest.  Saving oneself for marriage is the most intelligent option for young people.  Ms. Culpo has done the opposite and had a previous relationship ruined.  Fornication destroys everything in its path and I hope more young people understand it.  Men and women aren't animals, contrary to what evolutionists think.  People exist on a higher level of common sense and right reason than do the animals.

Male chastity seems to turn off women
In my opinion, women use sex as a way to control men.  Many of us men have thought or made decisions with the wrong head, and then suffered for it later.  Once a man submits to fornication, he has given up a lot of the control of a proper relationship.  The woman has given up her own dignity as an honorable woman.  Men don't like to admit it, but they don't think highly of a woman who is willing to go to bed with them.  And, men are immature in that they enjoy getting laid, but then disrespect the woman for doing what they (the men) wanted.
I had a few opportunities to date in recent years and I simply told the women that I'm not going to have any sex with them until there is a marriage.  That immediately shut down the relationship and it has saved me a lot of aggravation.  I which I had done this when I was a young man.  I would have saved myself a lot of trouble.  Tebow is smart, in my opinion.  He has saved himself a lot of the drama that comes from ruined relationships through fornication.  Women should be delighted to meet a man like him, but instead, they run like the wind knowing that they cannot take control over him.

Morality is the glue that holds society together
High moral standards must be restored in order to have a successful civilization.  These cannot be taught by an immoral education system.  This is why the government should never be involved in any kind of education.  But people have become lazy and they don't want to "rock the boat" when addressing serious issues of morality and government.  The two ideas are completely at opposite ends to each other.  And we are experiencing the chaos in society because of a complete lack of a moral anchor, with fornication being one of the lead destroyers of society.

Sex is not a recreational sport
Sex is something that should be respected more as a privilege of marriage between a man and a woman.  Sex will take the whole relationship and ruin it.  This has been my experience and I try to relate this to young people.  They think I just came down from another planet.  I keep telling them over and over, and they keep getting the same bad results, over and over.

Young people should marry earlier in life
Young men should be able to support a family by the time they are 17 or 18 instead of going to university or college only to be taught by communist professors and teachers.  Libtards have nothing to teach anyone and it is my opinion that young people should be planning their lives around having a nice family.  The best part of life is raising a family.  Instead, many young men sit around playing video games into their 30s and 40s and will die old men without any family around.  Young people have a very high sex drive when they are young so they need to be married early.  I can see how college and university can delay intellectual maturity by attempting to reorganize society to the communist model.

Natural law supports all writings against fornication
We can see that sex before marriage should be avoided.  Tebow made a good decision when he said no to sex.  Culpo, by dumping Tebow, made a big mistake and should have respected his wishes. She already had one failed relationship, she could have learned from that and done something different.  The primary reason for sex is to produce babies, who then grow to be young children, and then to adults.  It is a long process compared to animals.  The sex belongs only in a marriage between a man and a woman.  Sex within the confines of marriage produces a stable society.  This can be readily observed in nature and there's no argument about it.
Refraining from sex before marriage is starting to take hold because the failure of society is self-evident.

Related:
Fornication is Destruction of the Soul
Courtship Vs. Dating

Posted by Very Dumb Government at 11:06 AM