Is Marriage is a Part of the Natural Law? 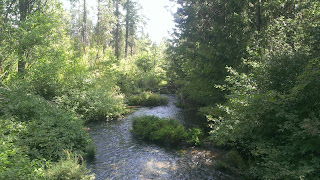 Is marriage a part of the natural law or is it another type of a social contract established by men and not by God?  People who believe in God will have little difficulty in believing that marriage is a part of the natural order, whereas, people who do no believe in God will think it is more of a social contract established by men within the various cultures.  The problem with the social contract version is that there is a multitude of cultures of which all will fight for the authority over the marriages.  The government and the religions will struggle over the ultimate authority over people in their quest for political or religious dominance.  However, I believe that the God who created everything made marriage a part of the natural order which in turn can be described as the natural law.
The basis for my views on this does depend on upon the belief in the God who created everything.  Evolution is a scientific impossibility; therefore, there is no sense in debating the subject that has no scientific facts to back up their beliefs.  Having said that, I also disregard the religions as I do not think that they accurately describe God as their doctrines are so different, it would be difficult, if not impossible to discern what God said or didn't say.  The religious writings have been tampered with for so many centuries, that if they did contain anything of value, the veracity of the documents is always in question.  Thus, I rely upon the evidence of the natural law; believing in the God who created everything.  By relying upon what I can see, feel, and experience I believe I can get a more accurate account of what God intended for mankind.  I believe that paying more attention to the natural law, it is reasonable to think that there is little room for error.  Natural law is always true in and of itself; our perceptions and understandings may be different, but the truth always remains the same.  So the truth is always going to be the anchor for my thoughts.  I don't claim to know everything, but I do think by using the natural law, which is always true, is a more accurate way to understand spiritual and corporal matters.

Marriage and the natural law
Marriage has always been a part of the natural law.  The natural law is that which was put forth by God and it is evidenced by nature.  Sex between a man and a woman will produce children, who in turn need their mothers and their fathers.  This cannot be disputed as it can be readily observed.  Morality is also a part of the natural law and the consequences of ignoring morality will get mankind into trouble.  We know it is immoral to murder someone or to commit adultery.  This cannot reside under a social contract because the results are the same for all men and women.  Morality is going to be as much of the natural order as gravity.  Just as gravity cannot be suspended or eliminated, morality also cannot be suspended or eliminated without getting some very bad results.
Marriage is one of the foundations in forming a family.  The family is the glue for a healthy society and a happy life.  Some people don't choose to marry, so there's always an exception, but most people would like to have a happy marriage with children.  A good marriage will always produce a profound happiness that will endure until the death of one spouse.  These  marriages, however, need to be properly founded on the good moral principles of the natural order which God set forth for the enjoyment of mankind.  Thus, when sex occurs between a man and a woman, the act depends on upon the natural order which God established.  Marriage is critical in order to have a stable society.  Without it, society will create chaos and disorder.  All of this can be observed without reading any books.  There are plenty of examples of both the good and the bad which can be learned by simple observation of the facts.

Marriage as a social contract
The problem with this idea is that a social contract comes from the minds of men and not necessarily from God himself.  Mankind has the bad habit of inventing all kinds of laws, rules, and regulations for almost anything, including marriage.  This idea has no real authority under the natural law.  These so-called "laws" are so convoluted that they are difficult to understand.  And even if some of them could be properly understood, the people in charge will do what they want regardless of what the law says. Their hypocrisy demonstrates their lack of a moral foundation.  Simply stated, a social contract has no moral authority unless it is in conformance with the natural order.  If the government and the religions make the rules, then, they can also change them to conform to the prevailing winds.  Since marriage is one of the natural foundations of the family as created by God, it only makes good commons sense and right reason to conform to it for the reasons I've already mentioned.
Evolution is one of those ridiculous theories that has brain-raped children via public education for several generations.  The uprise in communism also came about around the same time period.  These two ideologies promote lower intelligence and cripple the minds of those who hear such nonsense.  Under a social contract, marriage is not as important because, after all, the people now defined as nothing more than animals.  Animals can go around and screw anyone they want because they don't seem to have the natural mandate for marriage.  Evolutionists and communists have succeeded in bringing down the marriage of a man and a woman, to the low level of an animal.  The porn industry also promotes promiscuity and damages family relationships.  But at least the animals stay within their natural order as they stay within their own kind.  Evolutionists and communists include all sorts of weird combinations for marriages, and under their system of government, almost anything goes.  This has promoted the destruction of the family.  If men and women are considered animals, then there is no moral foundation for them.  Who is going to make the moral choices for the animals?  Any worldly leader doesn't have the capacity to tell anyone what to do unless it conforms to natural law.

Marriage is an agreement
Marriage is an agreement that the man and the woman enter into for a lifetime commitment.  This is essential in providing a stable society for the raising of children.  But it is an agreement under the natural law because just by observing the helplessness of young children to provide for themselves in their early years, the natural law demonstrates the need for parents and the family structure.  A good family is just as necessary for the living of life as the air for breathing.

Natural law is easier to use
Natural law is easier to use than any political or religious doctrine.  Nature contains the truth, and the truth is not relative, but it is the same for everyone.  Not everyone is going to understand everything all of the time, but if a man is patient, he can always get to a truth by observing what is there using common sense and right reason using the natural order or natural law as their guide.
I think the reason some people have a problem with this is because it causes them to think critically.  Most of us have never actually used natural law because we were too busy using political and religious doctrines which are too numerous to absorb in 100 lifetimes.  On the other hand, natural law is easier to use and it is easier to make the correct judgments.  The governments and the religions don't want to use it as it would compromise their power.  There are many writings about the natural law, so this isn't something new.  But I think it is a wonderful resource for those who want to exercise common sense in their daily lives.

Related:
The Testimony of Nature to the Existence of God

Posted by Very Dumb Government at 9:22 AM