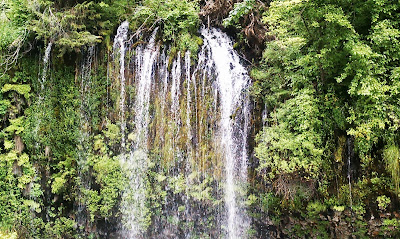 How pathetic it is when men and women cannot stand up to the aggressive tactics of the homosexual "community."  I never really imagined that I'd see the level of depravity in suggesting that young boys would have to be exposed to homosexuals on any basis.  When I was a Boy Scout, none of this crap was pushed on us and I went on many camping trips without any problems whatsoever.  Of course, that was in the 1950s and the homos were not as aggressive as they are now.
The American Family Association reports that there was a "gay" scouts group that participated in the Gay Pride Parade in Utah.

With only a few percentage points of the population, the perverts in the homo "community" have wrecked havoc on what's left of the cultures moral structure.  Homosexuality is a loser's lifestyle, and their lives will ultimately be destroyed because of their disobedience to the natural law.  And frankly, every homo I've met was a complete miscreant whose company I consistently rejected.
But we straight people can get ahead on this if we have the spinal backbone to oppose such nonsense.
I say that men and women simply boycott any place where they know there are homos working.  Look what Ellen Degeneres did for J.C. Penney.  This openly gay lesbian became the spokesperson for the company and their stock went from $35.00 down to as low as $16.00 in a year's time.  Why?  Because the homos pissed off the rest of the population by their aggressive and perverted lifestyle.  But this also addresses just how wimpy most straights have become.  They are actually afraid to stand up to this.  So even if you aren't an aggressive person, you can still withhold your support and money and take your business elsewhere.  I predict that the Boy Scouts of America is through; it's over for them.
If you have children who participate in the Boy Scouts, I would withdraw them ASAP.  A good moral upbringing for children is essential in order for them to have good lives.  A homo will always be a loser, even if they seem to be successful, they will still be losers because the homosexual lifestyle is offensive to God's natural law, and it will produce devastatingly bad results.
The homos are a demented political movement.  To those who call themselves Christians, they would be anti-christ as it advocates violating God's commandments.  The mission of homos is to destroy the family and  and the whole moral structure of civilization.  The homo movement is probably produced by the global communist, socialist, fascist, and other idiotic movements of the new world order.  This is an infliction of the worst kind of behaviors known to mankind.  I don't think most people who think that homos are acceptable fully understand just how destructive being a homo is to the person who finds himself entwined in its bondage.
Any sexual perversion is going to destroy the man or the woman.  Fornication will also have the same bad results.  Sex outside of a marriage between a man and a woman is completely destructive.
Having said that, I suggest that people stop working in corporations who advocate or tolerate this kind of activity.  Even the Department of Homeland Security and the Department of Justice have their own little faggot ranches which help to promote this demonic agenda.  If you work for the govtards; quit.  Stop being tolerant of deviant behavior.  Don't buy their products, don't put your precious children in their schools.  And person who puts their child in the public school system is asking for their children to be abused.  This goes completely against God's commandments.
The Boy Scouts should go the way of J.C. Penney and just disappear.  I predict that the organization will probably be gone in a year or two.  I am ashamed that I was ever a Boy Scout.