Reasoning with a Liar 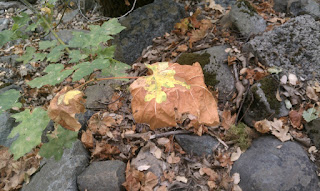 After dealing with the government in various capacities, it should come to no surprise to anyone who has followed this blog that I think that they are all liars.  I think the same way about religious people.  However, I don't like to immediately suspect every person I meet as a liar, but I do have problems with attempting to figure out who is lying and who isn't.  But the main thrust of this article will be to examine our attempts to reason with a liar and how to handle it.
When I encounter a government or a religious leader or person, I immediately assume that he is going to lie to me.  Rather than calling him a liar, I simply don't say anything.  I really don't want to speak to them, nor do I want to hear their nonsense.  Listening to people who lie will ultimately lower a person's intellect.  Thus, I remove myself from government and religious people.  Those are the ones I always try to avoid.  I have faith in the creator but not in religion.

How to reason with a liar:

But let's say you encounter one of these people: How do you reason with them?   Sometimes I try because I think that the person is just using bad information and is more mistaken than a liar.   I hold out a little hope for these people.  But they still need to be able to change  their minds based upon the facts, and not some nonsense that someone taught them--but isn't true.  So, the facts, the truth, the state of the case is extremely important to gain any understanding of any issue.  All of us have various opinions about the same things, but those opinions are not facts.  The facts always rule the day.  So, when a liar is speaking, ask him what facts does he have that show that what he is saying is true?  Get used to asking for the facts.  This will usually get rid of a liar very quickly.
The dynamic of a liar is interesting.  Obviously, they need a portion of the truth in order to make the lies that they tell believable.  The best lies are 90% truth and the other 10% lies  distort it.  A liar will always refuse to answer direct questions properly in order to get an accurate understanding of an issue.  Sometimes, they go as far as not saying anything at all.  They just let the lie stand and many times people forget about it as being a lie.  People who think upon the lie compromise their own mental state.  This is why when dealing with liars, the mind must be carefully guarded.  I am of the belief that one doesn't open up his mind to stupid or evil things.  That will always have a bad effect on his mind, and nothing constructive will come of it.
Most of us tend to trust other people to tell us the truth, but that trust must be verified.  I have found that liars will always take advantage of that trust.  The various media does that on a grand scale.  I have found that once I have weened myself off the media, I cannot stand to look at it for any longer than a few seconds before having a bad reaction.  But it has taken me a long time to pry my brain away from it.  Sometimes, I have to look or read something that isn't right, so I limit that to just what I need to see what's going on, but even at that, I get my mind upset over reading nonsense.  My issue here is that I don't trust most sources of information because I cannot verify the facts.  Now, I am careful about believing anything when I can't verify the facts.

Is a writing a fact?

Writings seem to take an authority all their own.  Religious writings is a good example.  Constitutions, laws, and codes seem to do the same thing.  Just because something is written down, doesn't mean that it has any authority.  Reading a writing that lies has the same effect on a person as if the lie was told to them directly by another man or woman.  The problem with writings is that they seem to take on an authority that they don't deserve.  Everything we read needs to be fact-checked before we absorb it as truth.  Many times, especially in religious writings, there are no facts to support the conclusion.  In addition, it would be impossible to check the facts because too much time has gone by.  So when I make any spiritual conclusions, I point to what the document says, but I always leave open the possibility that something else that I don't understand may be true.  Now, I only act on faith issues based upon what I can verify as truth and reasonable.  Given the sorry state of the world and the horrible relationships people have with each other, I would have to say that religion and government are the cause of so much tension.  Most of these writings will instill the lie, people act upon the lie, and then destroy themselves and others based upon that lie.  It is very difficult to reason a lying writing, just as much as a lying person.  I've tried it and had frustrated myself for many years.  I try to think independently and  cherry pick the good things and put them into what I believe is truth and leave the junk out.  When I do this, I get better results with everything.  The reason is that my thought process is less encumbered by lies.  If I have truthful information, then I can make intelligent decisions.  A writing must always be tested as to its veracity.  But a writing is really not a proof of anything without the accompanying facts.  Think of the writing as another manifestation of someone speaking.  The speech may or may not be true, and it is the same with a writing.  Since liars cannot be reasoned with, it would only follow that it would be unreasonable to attempt to get the truth from any writing without checking the facts.

I have found that arguing with a liar is the most unproductive thing I can do with my life.  I really try to keep myself away from such things as I can feel my IQ being lowered when attempting to reason with one.  The problem is that when a liar speaks, his words don't mean what you think they mean; they mean something entirely different.  So, it only follows that when I speak with a liar, I have no idea what I'm talking about because the words the liar used are being twisted in my brain.  I'm not talking about someone who has a different belief or point of view, I'm talking about mostly government and religious people; and, any other liars I encounter.  To attempt to reason with such people puts the mind and soul in a bad place, and I think it is much better to just leave these kinds of people alone and let them dwell in their own corruption.  Nothing good ever comes out of a liar's mouth; their words are unusable and their ideas are twisted.