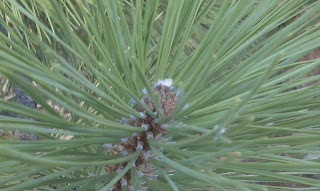 Ever since I found out that there is no such thing as Santa Claus, I have always been the kind of person who wanted to know the truth of any matter or anything.  When I was 10 years old, I used to argue with other children that there was a Santa Claus making a complete idiot out of myself.  Once my mom told me about the scam, my first question was: "Why did you lie to me?"  I really felt like an idiot, and so I learned at an early age not to allow myself to be so gullible.  The only way I could make that happen is to find out what is the truth and then go about using it to my benefit.  I've been thinking about this lately as I've lived a fairly long time and looking back, I can see that a lot of what I believed was not true or was just partially true.

The truth is a fact, a reality, it is the actual state of a matter.  A lie or an error is not the truth, and it isn't usable for anything unless one intentionally wants to create evil.  So the truth is what every man needs in order to make intelligent judgments and decisions in their lives.  For me, if I know what the truth is then I will be able to make better decisions.  The truth is not relative nor can it be compromised.  The truth stands on its own and it is there for all of mankind to use to his benefit.  The problems in life come when we make decisions based upon lies which will create misery instead of joy.  So a proper knowledge of truth means that we always have to be seeking it out, even if it puts us in unusual situations because it is the truth that provides the necessary elements of knowledge into our minds.  Once we have this proper knowledge, then we are able to make informed decisions.

How do we find truth?

The only way I know of to find truth is through a thorough investigation and then base my opinion on the facts.  Remember, a fact is the actual state of the matter.  A fact is a truth; an opinion may or may not be the truth.  If something is an opinion, I treat it with the same consideration I use when investigating an issue.  I try to find the facts and then base my belief from those facts.  Even then, sometimes I have to reverse my view because there may be a new fact I didn't know about that would actually change the conclusion.
Let's take for example the existence of God.  What facts do I have to prove his existence?  It is a fact that nature exists.  It is a fact that most all of nature is magnificent and beautiful.  It is a fact that nothing happens on its own.  It is a fact that none of us created ourselves.  My dogs did not create themselves.  But it is a fact that we are here living on earth.  It is a fact that we need air to breathe.  It is a fact that we cannot see the air, yet we depend upon it for every second of our lives.  And it is a fact, that everything in nature works together to sustain life in some form or fashion.  Someone created it. To me, I have enough facts to prove there is a God and that everything he created is good.
I do not see how it can be any other way.
But to deny God, an atheist would have to say he doesn't exist and that he didn't create anything.  If you take that to the next logical conclusion, then everything that we see and experience just somehow happened by itself.  The problem with this view is that idea isn't something we can observe.  Something happening on its own cannot be observed.  If a man sits at the kitchen table and waits for something to "evolve" he will be waiting for a long time and he will never be able to witness the results.  That's because there is no such thing as "evolution."  If there was such a thing, we would be able to see it in nature.  It simply doesn't happen, but this kind of junk science is commonly taught in schools.  There are no facts to support the idea of the non-existence of God.
However, there are a lot of facts that religions want to say that theirs is the only true religion.  What facts do they have?  Just like evolutionists, the religionists have no facts to support their individual claim.  They get their information based upon writings of some person who is now probably deceased.  There are many contradictions and errors in religious writings, so much so that it would be impossible to say that anything is the inspired word of God.  At best, any writing should be secondary information but it should be confirmed with facts from other sources.
What I do is to match up a religious teaching with the commandments and the law of nature.  The law of nature cannot be broken.  I believe that a commandment must conform to the law of nature because it is the law of nature that is consistent and dependable.  Few religious writings can stand up to the test and pass the law of nature.  I believe that God or the creator has set things in nature for mankind to observe and stay within certain limitations.  So the true law of anything is that of the commandments of God and those laws of nature.  Everything must conform to the law of nature and mankind gets into all kinds of trouble violating it.  Thus, in order to get good results in life, these laws must be obeyed by mankind.

The truth is never relative as it stands on its own authority.  Someone's perception of truth may be different from someone else, but unless that perception conforms to the truth, just the perception is enough to twist the mind into believing one thing when another is true.  We all get into a lot of mental twisting when it comes to government and religion as these subjects rarely deal with the truth.  I don't need a writing to know of the existence of God.  And when it comes to government laws, they are so convoluted that they are essentially unusable.  For instance: in government nouns are redefined to mean other things than the normal meaning.  If you don't check these definitions, you'll completely lose the meaning.  This kind of lying by "legislators" just adds to the confusion.  But no rational mind can understand that kind of gibberish.

How to Discern Truth

What I do is to look for contradictions.  I learned this early in life in my flight training.  When flying on instruments, we learned to look at all of the instruments and if one was out of sync, we  had to cover defective instruments up because even if we knew the information was wrong, it still could cause a pilot to err.  The same is true with everything else.  When we put the error into our minds, everything thought based on that thought will now be incorrect.  Looking for contradictions will show something isn't right.
Observe hypocrisy and understand it for what it is: hypocrisy is a lie in action.  People say one thing and do another.  Pay attention to what a person says and what he does.  If someone says: "I love you," and then punches you in the mouth,  you can tell that this person doesn't mean what they say.  Any kind of hypocrisy should be your guide for observing flaws in other people and it will show you where you need to improve.  If you see a man who does what he says, he will usually be an honest man.
Writings tend to take on an authority that they don't deserve.  I would always verify any writing to what you can prove is true.  Of course, this is why I don't like fictions because they have a tendency to twist the mind.  If you can't prove the veracity of the writing beyond the writing itself, then it should always be held suspect.  This is especially true with science.  There are too many knuckleheads who call themselves scientists who will say the most stupid things about what they think they observe.  If you can prove their theories in your own mind, then you probably have the truth.
Do not believe in presumptions or assumptions.  These are not areas of truth unless they are based on facts.  Most governments operate on the most outlandish presumptions.  Get the facts.  Even the word person in government or legal-speak can mean something totally different from what we understand.
It has been my experience that the truth at times is somewhat difficult to uncover, but it is always there.  If I don't understand something, I simply wait until I get enough information to get the proper understanding.  But it is worth the effort because only the truth will give us the proper information to make good decisions.


Walter Allen Thompson is the author of  The Grace of Repentance: Keeping God's Commandments.