Thinking with Someone Else’s Head 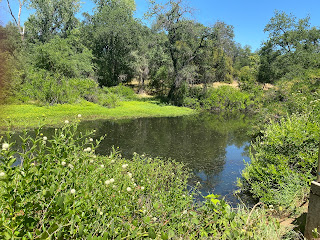 “Reading is thinking with someone else’s head  instead of ones own.”    Arthur Shopenhauer`

After I wrote my first book, I began to understand that writings may or may not be true depending whether or not the writings reflect the truth.  Over the years, I have spent many hours reading articles and books only to understand that I can’t remember much about them.  I can relate the general idea of a writing, but I can’t remember all of them.  When I was younger, I questioned why I would have to go to college when I had already spent 12 years in schools which were nothing more than indoctrination camps.  Due to family pressure, I did attend college only to quit because I was fed up by being indoctrinated with communism and evolution.  I ran across the above quote which states: “Reading is thinking with someone else’s head instead of ones own.”  Let’s explore further the idea of thinking with someone else’s head.

When we read something, we usually don’t know whether or not the writing is true.  In my mind, I take any writing with a little skepticism and then try to verify it with other ideas and opinions.  I don’t want to be put in the position of “thinking with someone else’s head.”  I had never thought of it in that way but it makes sense.  We all need to be able to think for ourselves using right reason and common sense.

Watching endless videos is also a form of thinking with someone else’s head.  The producer of any video is transferring his ideas into the viewers’ minds and that can be good or bad.  But the idea here is to make sure the truth is reflected in either facts or opinions.  Knowing the difference between the two is going to be a very good option.  The facts speak for themselves and opinions will form a dialogue for discussion.

“If anyone spends almost the whole day reading…he gradually loses the capacity for thinking…This is the case with many learned persons; they have read themselves stupid.” Arthur Schopenhauer

I don’t like reading myself stupid because it destroys the happiness of life.  Most of us have done it and even look down on people who don’t read much.  With all of the available media that is available, we all have the ability to read, video watch, social media, Twitter, and Gab ourselves into oblivion.  And most of the writings may or may not be true.

“The happiness of your life will depend on the quality of your thoughts.” (Marcus Aurelius)

Posted by Very Dumb Government at 11:52 AM