Sex and the Natural Law 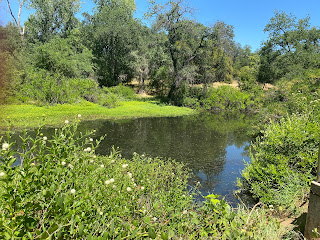 Sex and the Natural Law

As an advocate for using the natural law in everyday life, I find that it is a lot easier to use than reading and writing. It is much easier to understand because all of the elements of life are there to give us guidance and support.  I have noticed that if I pay attention to the elements of the natural law, I can make more intelligent decisions and keep myself out of trouble.  Sex is one of the biggest problems facing societies in any country.  It seems like almost every major problem in society is centered around the misuse of the proper sexual relationships among the people.  The morality of sexuality is within the natural law if we can take the time to know it and then abide within the proper context which the real God intended.

Having sex outside of marriage and a committed long term relationship is a recipe for disaster.  My main observation is that there is no benefit to it without a committed bond between the man and the woman.  Sexual intercourse within the context of marriage is fit and proper; but outside of the marriage it twists the minds of both people and ruins what could have been a great relationship if the couple were married.

The primary purpose of sex is to reproduce and make babies.  Yes, it is fun to do, but it should never be a perverted obsession over it.  It should be the expression of love and commitment: "two become one."  The man and the woman have bonded spiritually and physically which is important to a long lasting relationship.

When we use the natural law as our guide for the proper moral behavior we simply need to use right reason and common sense.  Remember, when any of us go against the natural order, we will always get a bad result.  It is much better to stop the problem before it starts than to have them explode and destroy a good life.  Moral behavior will always get a better result than immoral actions.

Men and women are not animals so each one needs the commitment of the other person to make the marriage relationship worthwhile.  The stupid games men and women play in our modern day are deplorable.  Society is being destroyed by promiscuous sex which is destroying the family.

Remember, all evil comes from the devil, Lucifer, Satan, or any other name that refers to a conscious evil being.  In order for us to make correct moral judgments for ourselves, we have to take the time to answer some questions honestly and then make our decisions.  But remember, if we make bad choices then we will get bad results.  The purpose of evil is to destroy mankind and everything that is good about life and all of us need to turn it around or our children and grandchildren will have a horrible life.  All of us have felt the tug of evil influences most of our lives but we haven't done enough to defeat it.  Staying within the natural order will get most of that job done by keeping the evil influences away.

Is sex before marriage evil?

In my interpretation of the natural law, sex outside of marriage is evil because of the fact that sex can produce children.  Those children deserve a mother and a father with a stable relationship.  Jumping from one bed to another destroys the soul.  Fornication is not a good option when it comes to sex.  When a man and woman decide to have sex out of the marriage bond, they end up torturing themselves because on one hand, the sex might feel good, but on the other, there is usually going to be a break-up sometime in the near future.  Many times it is just a "pump and dump" without any thought to the damage they are causing each other.  At the "dump" stage there is going to be an emotional dysfunction because when having multiple sexual partners, there is a break-up over and over again.  The end result will be the lack of ability to properly bond with any future partner.  This could be a major reason for so many divorces as the couples haven't bonded properly.

In my opinion this emotional dysfunction causes problems that can last a lifetime.  Fornication makes people weak and ineffective.  When someone good comes along it is difficult to properly bond with them due to the high body count of  sexual partners.  For this reason, men and women don't like partners with high body counts.  However, it would be much better to have no body count going into a marriage.  That's almost impossible given the mess of the current society.

But, just like any other problem, this can be solved.  One way would be for people to decline sexual activity before marriage.  There should be no exceptions.  I don't know how much more society and go down the drain but at some point this nonsense needs to stop.

How it should work is that young men and women who wish to have a family should start getting prepared for the journey.  Young men need to stop wasting their time in the stupid school system and should be learning skills to be able to have a good job and to start raising their family at an early age. Women should plan on being good mothers and loving their husbands unconditionally.  Going to college actually can distort the natural cycle of life. Women are more sexually active when they are younger and if they are in college, they will engage in sexual activity.  Then, they will become "used up" and they will hit the wall in their late 20s and 30s. It is easier for the women to raise children when they are younger and full of energy.

I see no point in going off to college to get indoctrinated by the communist teachers.  It is a complete waste of time.  I went to college in the late 60s and it was more like a communist gulag.  I couldn't stand the leftist teachings and of course, now the communists are perverting the young people sexually.  Sex needs to be put in it's proper place by having the couple wait for sex until they both agree to be married.  I think we would have fewer failed marriages.  A good moral foundation is the way to fix the problem.

The strength of the family depends on the strong love between the mother and father which will produce a lasting stability within society.  Unfortunately, what we have now is very destructive.  Having sex before a marriage commitment is not going to have a good outcome.  In my experience, I can see that sex before marriage causes a lot of trouble and heartache.  I think the reason is that there is always some kind of emotional bond between the partners.  The higher the body count, the more difficulty there will be in trying to pair bond with someone else in the future.  Fornication is not worth it.  But if there is a breakup, it can be emotionally traumatizing.  And I think this inhibits the proper "pair bonding" of a couple.

Homosexuality is not a part of the natural order and the practice of it is evil.  No more needs to be said.  In the natural law there are only two genders: man and woman.  The Satanists will try to distort the whole sexuality of a society with the perverted antics of homosexuals.

There is a lot we can do for ourselves to live within the natural law.  Rather  than look for groups to help us out, I think it is better that people simply work on it themselves quietly.  In other words: fix yourself.  Anything that is immoral should be avoided.  Eliminating sexual activity before marriage would be a good place to start.

The nice part about using the natural law is that it works.  Of course, I couldn't possibly know everything at one time, but the natural law provides us with the facts to make intelligent decisions.  And it works the same way for everyone.

Teaching and Power: Part 2 on Fornication