No Joy in Communism 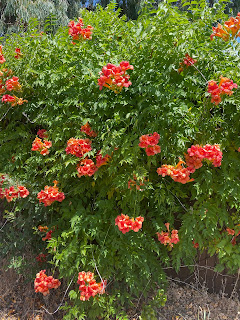 All of the governments of the world are centered around Satanism and the occult and the political systems are essentially communist, socialist, or fascists.  No matter the style, it is still communism.  These systems are immoral and produce no happiness for anyone.  Even the evil people who impose these systems are not happy because government violates the natural law which the real God created.
Recently, Vladimir Putin was reported to have said: "..there is no happiness in life."  He said this after some meeting with President Asshole.  I thought that was a profound statement with a lot of truth.  He ought to know being the former head of the KGB.  The Russians have always been under a very strict and horrible version of communism.  It's good for vodka sales.  The problem is that they can't brew enough vodka to get rid of the pain of socialism.
The reason is that under communism, no one has ownership of their own property.  Property taxes take care of that.  The progressive income tax establishes a system of slavery i.e. wage slaves.  Of course, central banking has established an extremely dishonest money system.  Thus, a man has a difficult time in a system like this as he is compelled to work hard but not keep all of the money he worked for.  That is slavery.
Communist governments are immoral at their very foundation.  I remember a federal judge say to a potential juror: "There is no moral component to this."  Communism could never exist in a moral society.  Good morals are knowing the difference between right and wrong; good and evil.
Communism brings on all of the bad emotions in life:
There is no joy in communism and it ought to be abolished.  If the people focused on the natural law and its moral standards, communism would not be a big issue.  Communism is the product of Satan.  Communism is the bad result of Satanism.  I do my best to separate from it as even doing all the research has a tendency to trash my mind.
Communism is the bad result of Satanism and it should always be avoided.
Related:
Judge the Morality
Refusing Immorality
Walter Allen Thompson has a book called Natural Law: The True Supreme Law of the Land
Posted by Very Dumb Government at 3:27 PM