Should I Cut Off My Dog's Balls? 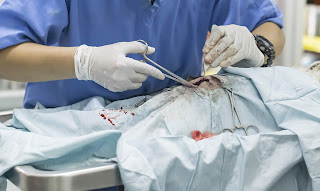 I was out walking my dog Oscar who is an “intact” animal.  In other words, he still has his balls.  What a novel idea!  He’s about 20 months old and is in perfect health.  I saw some people I knew and the first thing out of their pathetic mouths was: “you need to have your dog neutered.”  This pissed me off so I told him that I would be happy to do it to him.  I should have told him all he had to do is to lay down and I would perform the operation—without anesthetic.  Since I’m an advocate of not only admiring the natural order but I try to live within it.  It’s not that difficult and the results are always much better.

Neutering animals violates that natural order and I believe that it will always have a bad result.  Animals who have been neutered acquire all kinds of physical problems that are job security for veterinarians.  Just do a search on the damaging effects of neutering.  I lost my dog Spot at 6 1/2 years old to cancer and he was neutered before I adopted him.  Upon doing some simple research, some people claim that 60% of dogs die of cancer because of being neutered.  But the advocates neutering dogs say that the dogs live longer, but they have no proof.  If God made the dogs to breed, then it only makes sense to leave them alone to live their lives the way he intended, and not be subject to such asinine bullshit advocating neutering.  I can just see that somewhere in the future, some idiot will suggest that only certain people can breed and the rest will be neutered. 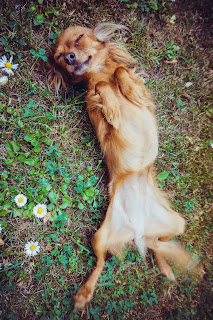 Personally, I think that if these idiots want to neuter these animals so much and they ought to think about neutering themselves.  Dogs live on a higher plain of life in that they don’t start wars, they don’t blow things up, and they aren’t slave traders.  They try to enjoy every day with their owners and they just want to be happy.  With all of the bitchy women who aren’t even suitable to date, I look at dogs as God’s consolation prize.  The world would be a better place if it had more dogs.

People who want to neuter dogs are as annoying as the vegans who go on a jihad.  I can’t tell you how many times I’ve had this suggested to me over the short time I’ve had Oscar.  I’m thinking that his ball sack looks unusual in today’s sick and demented world.  Between soy boys and neutered male dogs, it’s just another way of attacking masculinity in general.

Birth control of dogs isn’t the problem.  The problem is with busybody people who want to stick their noses in other people’s business.  I am very annoyed when I can’t tell the dog’s gender from behind.  When I go to a dog park, I have to look for the dog’s dick or lack of one to a ascertain its gender.

The way I see it, God made them the way he did and we should just leave them alone.  Dogs are a wonderful companion and they should be allowed to live naturally the way God intended.