How to Detect False Opposition 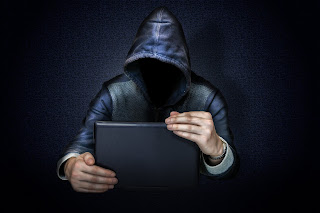 I was just reading an article from Henry Makow's site (link below) and he is talking about the right wingers being a form of a false opposition to the left.  The article is a good read but I wanted to add on to it by showing the reader how to detect any false opposition.  Now, this is going to be my opinion as I don't see much value in any government or religion.  Yes, I do believe in the real God but I don't trust any religion because they all seem to be a bunch of liars.  Here is what I use in order to detect a phony and my success rate is almost 100%.  Once the warning signs come up, I usually don't bother to read or view any of their videos.  Life is confusing enough and I simply use the natural law or the natural order to make sure I keep my own behavior in check and at the same time preserve my mind. (What's left of it.)

Truth or Lie
If someone is a liar, then he will give out bad information.  Of course, they will clothe the lie with the truth and then put it forward.  Politicians and religious people continually do this and if you know what to look for, you can easily understand it.
The easiest way to detect lies is to look for the contradiction or the hyprocrisy.  For instance, many businessmen promote socialism which is purported to be a benefit for the working class, while they themselves live in luxury.  Socialists do this by establishing monopolies which they control.  Then they steal the worker's money by taxing the snot out of them.  In addition, they will say they are freeing the workers but the reality is that they are making them more of a slave than they were before.
There are many other examples but the main thing to watchout for is the contradiction.  You have to judge between what these people say and by what they do.  If there is a contradiction, then there's going to be a problem.

Oath-takers
I've written a lot on this blog about oath-takers but I'll briefly review it again.  The world system of law and government are Satanic in nature.  The swearing of oaths violates the natural law that the real God created as it is "taking the Lord's name in vain."  Swearing oaths is to bind one's soul to a bond which should never be done.  And this is a trap of the legal system.  All politicians and most religious leaders are oath-takers so anything they say should be taken as possible twaddle and poppycock.  These are people who I would avoid and separate from them.  They can do you no good.


Satanic signs, symbols, and hand jestures
One of the interesting things about Satanists is that they will always disclose who or what they are by these signs.  If you see these signs on their paperwork or anywhere else, just know you have been warned of the organization's evil intent.


Yoga, Veganism, and Evolution
I've seen a lot of people with these beliefs who I might otherwise agree with their views.  However, these things are evil and they are designed to hurt the man, woman, or child who practice such things.  Evolution is so stupid that it doesn't warrant any discussion here.  But I see a lot of people who believe in these things and it really makes them suspect in my eyes.


Use the Natural Law
The real God put into place the natural law.  Rather than making bad and thoughtless decisions, it would be much easier to think about something before believing it or acting on it.
For example, if there is a religion that says that their God is the one, true, and only God then they have the burden of proof to prove their statement.  Just in Christianity alone, there are many different doctrines, let alone Islam, Judaism, and Hindu.  Not all of them can be right; maybe none of them are.
By participating in a bogus religion will put someone in the position of being an idolater.  Practicing idolatry is not going to get us a good result in our lives.  I have found that when I stay in the natural order, things seem to go well for me.  But when I don't, then all hell breaks loose.  Nobody knows completely who the real God is but we know he exists.  That should be good enough for now.  And whatever he wants us to know is evident within the natural order.  We don't need any writings to know what's right and wrong.
The fakers or false opposition will always depart from the natural order on one issue or another.  Or, they will contradict themselves.  They say one thing and then do another.  Don't be fooled by  them.  Look for the inconsistencies and you will get a better idea of who or what they represent.
If you would like to know more about my views on the natural law, feel free to download a copy of my book on it.  It is free or you can donate if you wish.  I'd like to see more people turning to this line of thought because it is more productive.  Discussing all of the conspiracies and evil of the world gets old because there are few solutions if any, that come from government or religion.