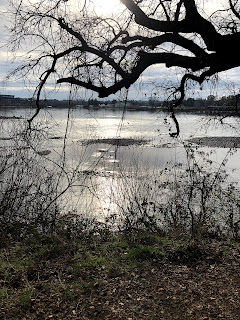 The stupidity of large corporations like Gillette is something to behold.  The main thrust of their recent commercial attempts to address "toxic masculinity."  I just viewed the video and it is stupid beyond anything that I have seen.  The word stupid is being kind and this is a perfect way to lose customers by pissing them off.  While this controversy is popular right now, I thought it might be good to show the advantages of growing a beard as opposed to shaving.

Shaving is gay or effeminate

I have learned to use the natural law or the natural order to make intelligent decisions.  I don't really care about custom or culture.  Men, when they reach a certain age, will naturally grow beards.  Women and little boys and girls do not have beards.  The mature man will not shave his face but he will keep his beard and let it grow naturally.  Most men, including myself, never questioned the idea of shaving.  At the age of 14, I started to shave and never thought anything of it.  It wasn't until 13 years ago did I realize that it would be better to have a beard because I read a verse in Clement of Alexandria about shaving is effeminate.  And rightfully so because the natural order shows it.

As seen by the Gillette commercial, there is an attack on masculinity.  I believe that the idea of compromising masculinity probably goes back thousands of years.  The only reason to have men shave their faces or any other body part is to compromise their masculinity.  I believe that there is masculine power in long hair and by cutting it, the man loses that power.  The story of Samson seems to ring true.  The Satanists love to compromise their masculinity because they like to invert God's natural order.  This has been true throughout history.

Reasons to grow a beard

Here are the reasons why I think it is important and a benefit to a man to grow a beard:


The hidden purpose of shaving

In my opinion, the reason for shaving is to have men emasculate themselves by looking like a girl.  Think about it, there's really no other purpose for shaving.  I consider it the first step to being a homosexual, transvestite, or a pervert.  It is the natural way of showing that the man is immature.  If a man wants to shave, then maybe he should go to Victoria Secrets and get himself a nice pair of panties and a training bra.  If a man has a full beard, then he is showing the world that he is a part of the natural order that the real God created.  The benefits are too numerous to mention.

I've had a long career as a sales rep in a few industries and the main thing we all knew was to never piss off your customers.  Once you lose customers, especially over something this stupid,
it is almost impossible to get them back. But we can see a pattern here with other corporations who seem to despise masculinity.  JC Penny's with Helen DeGenerates who is a lesbian.  NFL tried to main stream homosexuality with Michael Sam.  In addition, the NFL did not allow Tim Tebow to thrive as he was too masculine.  Target Stores installed transgender bathrooms.  And it appears that Gillette just drank the cool aid and committed a marketing blunder of biblical proportions. The whole trust of most of the corporate world is aimed toward homosexuality and against masculinity.  I think that the men who don't have beards should consider growing one.  The beard is a part of the natural order and there's more of a benefit in having one than most of us realize.


Related:
Is Shaving Queer?
The Beard is an Extension of the Nervous System
The Beard: Reasserting Masculinity

Posted by Very Dumb Government at 10:53 AM