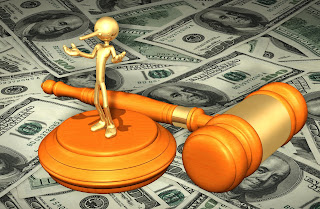 The evilest of "government" operations is the legal system.  It claims that it has a right over God's natural order when it does not.  When you engage yourself in any legal proceeding, it is, in reality, a Satanic proceeding from the pit of hell.  If you have been following the news, many people are getting subpoenas (demands to testify).  This is the legal method to get the target to bend over and grab his ankles and enjoy the legal rape that is going to occur.  This means that the target is expected to incriminate himself by answering obtuse and twisted questions from various atturdneys (misspelling intentional).  This process is a trap to get the witness to lie and make a mistake and then possibly prosecute him for perjury.

Perjury is lying under oath
In the legal process, perjury is lying under oath.  Not just lying, but lying under oath. While people may be compelled to show up for the inquiry or deposition, there is no requirement for anyone to swear oaths.  It is completely voluntary.  In fact, swearing oaths is taking the Lord's name in vain.  It should never be done for any reason.  Because swearing an oath is the same as binding your soul to a bond; that's never a good thing.  If an attorney or any other govtard wants to ask you questions, you can do it but never under an oath.  Let's say you make a mistake and want to correct it later.  How are you going to prove you didn't lie and commit perjury.  Remember, perjury is lying under oath.  However, if you answer questions without an oath, you don't have the same problem.  A man can testify if he wishes, but never under oath as it is never going to have a good outcome.

Oath-taking is the ticket to hell
Most people do not consider the dangers of oath-taking.  I've written about this for over 9 years and I'm surprised when seasoned journalists or government workers get sucked into the pit of the legal system.  The subpoena is the primary tool of intimidation and it frightens people into submission.  Several people come to mind as I write this and the real danger zone is the oath.  The oath is the central glue that holds the "new world order" in place.  Without it, these entities would have no jurisdiction.  Think of it this way.  The oath is like the rope the court gives you to hang yourself.  And any document that you sign "under the penalties of perjury" does the same thing as by signing it assumes that you're under some kind of oath.

Natural law overrides man-made laws
Under the natural law which the real God created, it is considered a sin to swear an oath.  Thus, there is no reason for anyone to do it other than their own ignorance and fear of the authorities.  In fact, it looks to me that we all "volunteer" to become slaves to the STATE, State, or state rather than simply obeying the natural law which will always get a better result.  Staying within the natural order
always better than blindly following unlawful orders that transgress the natural law.  There would be no need nor desire for any government if the people would follow this simple rule: no oath-taking.
Think of it this way.  If someone from the government ordered you to kill someone, obviously, you would not be required to do it.  It's really that simple.  No government can require anyone to swear any oaths and if they try they have lost all authority.  That's something to think about.


Related:
Swear Not At All
Swear an Oath, Tell a Lie
All Bad Things Flow from the Oath of a Man
Stop Swearing Oaths
Understanding Jurisdiction