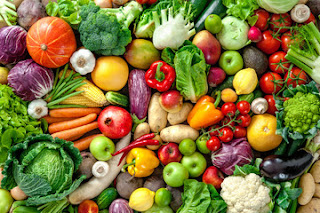 Vegans are one fry short of a Happy Meal. I’ve known for years that they can be quite bitchy and hot-tempered.  But when someone I knew started to promote veganism, especially the “ethics” of the idea I became curious as to the reason for it.  While they say they don’t like the killing of animals, the facts show that there are only two sources of food on the earth: plants and animals.  Since all of us were created to live on the earth, there aren’t a lot of choices when it comes to food; it’s just plants and animals.  As I looked into the merits of the vegan diet, I was appalled at some of the things that I found.


It seems to me to be a form of a political or a cult movement designed to weaken mankind with what can only be seen as a diet that will probably bring on an early death.  It seems to be a complete brainwash which is intended to harm people.  I suggest that the reader do a search on YouTube using the words “ex-vegan” and there will be many personal testimonies to the physical and mental damage caused by the vegan diet.  I’m going to list the damage done by the vegan diet as described by former vegans which has a devastating effect on the health of the person doing it.


Physical and mental effects from the vegan diet as described by ex-vegans:

The  vegan diet is so destructive that it is hard to imagine that it has any benefit to anyone.


People who promote this diet are hurting a lot of people and I think that it is promoted in order to keep the hospitals full, doctors busy, and to thin the existing population.  I believe that the vegan diet is a form of genocide because it is so destructive.


I was at my doctor’s office a few months ago and the PA that was seeing me said she had broken her ankle but it wasn’t healing; she was a vegan.  I was telling her that being a vegan is not good for health.  She then admitted that other doctors told her to eat meat so her bones would heal.


In fact, the AMA (American Medical Association) passed a resolution encouraging hospitals to serve more vegan meals and to eliminate processed meats.  This appears to be an evil organization whose mission is to destroy mankind with their crappy medical treatments.  They didn’t put the serpent on their logo for nothing.  Once you see any Satanic symbol anywhere you have to be very careful and just stay away from them.  These are very evil people that do not have our best interests in mind.


Even the United Nations is suggesting that people move away from eating meat and dairy products as it may, among other things, help the alleged problem of climate change.  This of course is utter bullshit.


After seeing all of the testimonies from ex-vegans, I cannot see any reason why anyone would want to go with this diet.  There are only two types of foods on the planet: plants and animals.  And it is the animals that have the best nutrition and provide a necessary part of any diet.  I think it is dangerous to go vegan because these plants are being sprayed and have been genetically modified.  Chemicals have been spread over the vegetables so this alone would prevent me from trying the vegan diet.  In addition, I wouldn't want to destroy my health.


While I was researching veganism, I heard about the carnivore diet and I'll write another article as that's something that I'm still doing with excellent results so far.