Are There Any Good People in Government? 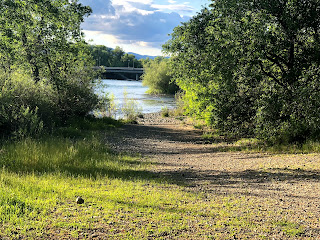 Are there any good people in the government?
The quick answer is no.  The people who work for the government are liars, thieves, oath-takers, and murderers.  How can someone who works for the government consider themselves a good man or woman and then act like a bunch of idiots?  I've had some personal experience with govtards over the years.  Some of them seem to be just stupid, but most are evil to the core.  They have little to no morals and the government has no place in a civilized society.

Theft Through Taxation
They steal the "money" that people earn and give it to other entities.  The govtards start needless wars when a good self-defense system would do just fine.  The thievery breaks the natural law, and once that happens, the resulting chaos will always get a bad result.  Many people don't have enough money to save because the govtards take most of it through the scam called taxes.

Justification through lying
Lying is the key instrument of mind control.  When someone lies to another, then the person being lied to has false information.  With that false information, they may take the wrong action based on the lies.  Again, this will always get a bad result because an action was taken on a bunch of lies.  The main instrument of lying is the media so it is important to make sure all of us take action based on the truth.  Sometimes it is a real challenge to get at the truth, but it always presents itself.

Oath-taking is very dangerous
I have written extensively on the dangers of the oath-taking.  I see as taking a can of gasoline, pouring it on oneself, and then lighting it on fire.  Few people realize that oath-taking is binding one's soul to a bond.  And then there is the issue of perjury.  Perjury is lying while under oath.  The problem arises is that people can make mistakes when giving testimony.  When this happens, they will have to prove they made a mistake or suffer the penalties of perjury.  All of the politicians, law enforcement, and voters swear oaths and this is the main reason we have so many problems.  The government is structurally intended to fail; and so far, it is succeeding.  The government has had over 4000 years to prove their worth and they have all failed.  The government is not necessary and the people can solve their own problems locally by taking responsibility for themselves, family, and friends.

Posted by Very Dumb Government at 8:57 AM