The Simplicity of Morality 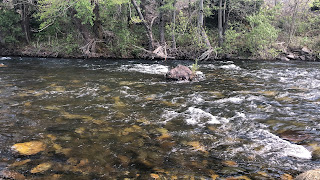 One of my takeaways from dealing with various governments and religions is that they are immoral.  Immorality is in complete conflict with the natural law and it produces awful results in the living conditions of all societies.  We all have a latent knowledge of morality but there is always the temptation to violate the natural law with immoral actions.  Immorality destroys the good life as God intended.  I don't believe we were created to suffer a lifetime of extreme indignity and failure.  What produces peace and tranquility is the proper moral order based on the reality of the natural law.  Good moral principles and actions always get good results and this can be seen by simple observation.  Conversely, immoral actions always get bad results and those are observable too.  And while religions seem to promote morality, the sad reality is that they are just as corrupted as the governments.  Rather than looking at the government and religion for solutions to the social problems, I think it would be much better and more effective to use morality.

Morality doesn't change
Morality doesn't change with the various cultures, races, and religions.  For instance, it is never morally acceptable to engage in the act of murder.  This is never acceptable and those who engage in it will get paid back in many ways that they won't like.  The governments of the world are essentially murderers who are trying to gain an advantage over other people.  They don't care whether their actions are right or wrong, they just want what they want and allow millions of people to suffer because of the selfishness that goes along with government tyranny.  I've been alive for 71 years and I hardly remember a time when the "United States" was not at war with someone or something.  War itself is immoral and it cannot be justified under any circumstance with the exception of self-defense. Just because a government decides to go to war doesn't make it morally acceptable.  Morality is consistent with the natural law and it always gets good results.

Immorality is always painful
I think most of us know this but we engage in immorality for a variety of reasons.  However, the pain of the payback can always be avoided by taking corrective action by shifting the actions to ones that are moral.  Immorality is like a Satanic stupor that tends to draw us down into a spiritual sewer.
There is a built-in system of retribution that doesn't let up.
When someone tells a lie, then that is immoral.  There are so many religions with different doctrines which they claim comes from God.  I would venture to say that they are all lying and that knowing the true morality of any issue is the key to a successful life.  Sure, these religions may have a lot of the truth, but their constant lying ruins everything and make them ineffective.  Of course, in my mind, that is the whole purpose of government and religion; they are evil on purpose.  I can't think of one good thing that they provide that cannot be done elsewhere in a moral and ethical way.

Avoiding immorality
One way this works for me is that I completely reject immorality in favor of morality.  While I am not always perfect in this area, I'm finding that by simply paying attention to what is moral and immoral goes a long way to help me to stay within the boundaries of the natural order.  It has been a major improvement in my life.  After doing a lot of research on government and religion, I find it more refreshing to focus on improving myself as groups seem to always lead a man down the wrong path.  Government and religion are immoral organizations; the first giveaway is the lie.  You can always find a lie or contradiction somewhere in their doctrines.  It isn't worth the effort to improve either one, but it is worth the effort to work on yourself and then make your moral adjustments.  We can do this by using right reason and common sense.  In addition, our latent knowledge of morality will always be present and can be known through our conscience.

Morality is the key to a successful society.  Morality is the key common denominator to knowing right from wrong; knowing that right will get good results and wrong will get bad results.  Nothing is more important to understand.  Morality is not relative to someone's perception.  Morality is what it is and there's a big payoff in understanding and abiding in it.  It is the same for everyone and no one has any special privileges.
The simplicity of morality is wonderful as we don't need teachers and instructors.  Why pray to the wrong God?  Why should any of us engage in any sex without the commitment to marriage? Why lie?  Why steal? Why murder?  Isn't it better to live in harmony with the natural law and then reap the rewards that come from God?  It is very simple, yet, most of us have never paid much attention to it until we have some horrible thing happen to us.  And as we look back we begin to realize through our conscience that we had done something wrong and now we're getting paid back.  I don't like the payback, so now I pay more attention to the morality of something before I do it.  This has saved me a lot of grief.