Government and Religion with No Moral Foundation 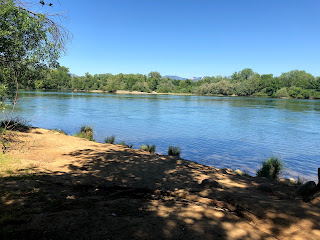 The governments of the world do not have any moral foundation.  The governments are completely bankrupt in the morality and ethics department and the various religions support this corruption.  I don't think that anyone can point to a successful, noncommunist society that flourishes anywhere on the planet.  What we have is a demonic slave system called communism-socialism-fascism and the religions support this system.  Communism has a foundation that is built on the foundation of Lucifer, Freemasonry, and Judaism.  I don't see where any of the religions are of any help but they do act as a form of brain raping; giving the people a false sense of security while they are made to feel comfortable in their idolatry.   There is no end to the listing of the problems and little is taught about how to improve all societies so that people can live happy and successful lives.  The only way I can see that this can happen is the establishment of a moral society where people try to improve themselves by following moral and ethical principles.  Our torment in life is the result of violating the natural law which God created.  That is our payback and we are all getting the shaft because we do it to ourselves.  I'm going to list some things to avoid to start getting on the right track and leave all of this idiocy behind us.

Morality is the same for everyone man, woman, and child
The natural order tells us that morality applies to everyone the same way.  In our legalistic culture, something may be legal but it is immoral.  Abortion comes to mind.  While abortion may be legal, it is obviously immoral and completely evil.  It may be legal or permitted for a soldier to engage in war, but it is immoral because the only proper use of force is in self-defense.  The religions of the world do not help in this regard as all of them will advocate the killing of one group or another.  It is the religions that help to provoke more and more wars. The governments and the religions engage in child trafficking creating untold amounts of misery to mothers and fathers.  And we're supposed to pay taxes for this kind of abuse?
The governments of the world are evil and they cannot be fixed.  Evil cannot be made into something good.  In my opinion, they should be shut down, lock the doors, and left as monuments as an example of what not to do.  If the religions were of any value, the people in the governments would refuse to do the evil deeds.  But as most order followers do, they engage in the evil thinking that just because it may be legal, makes it acceptable to do an evil act.  Morality and the natural law applies to all people the same way so that there is no excuse and no exceptions.

Morality is choosing right from wrong
All of us are born with a latent knowledge of right and wrong.  There is also an evil spiritual inclination which is fed by the Devil or Lucifer.  That is the influence that we need to avoid.  This is why it is important to think before taking action.  Ask yourself: "Is this right or is this wrong."  Try to figure it out before you take any immoral actions.  If we all did this, then we would not commit any offenses against God; thereby, avoiding the coming payback.  The governments and religions could not exist under the moral system that God created.

Modern society is disorderly and chaotic
Living outside of the natural order is always going to produce bad results.  In looking at the evil in our society, we all can see the poor results from disobeying the natural order and engaging in immorality.  Mankind has a difficult life attempting to exist in such an evil system as it destroys the mind and the body.

The solution is easy
The best remedy is for each one of us to do more thinking before taking any action which might break the natural law.  We must weigh the difference between right and wrong and then choose the only correct course of action.  The good results will be self-evident and will produce a happy life without the drama of the evil.  We should encourage each other to hold the moral high ground and keep our collective noses out of other peoples' business.  We don't have to join any group to get this accomplished.  In fact, groups tend to corrupt the members.  With the latent knowledge of right and wrong, all of us can do a better job using right reason and common sense.