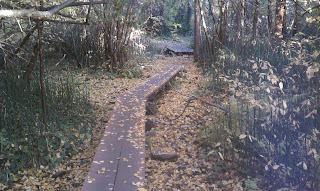 The main reason I prefer to make life's important judgments by the observation of the natural law is that nature doesn't lie.  Unlike the governments and the religions, nature doesn't lie and all of the facts that are to be learned are founded within the creation itself.  (Just for clarity, evolution is not a valid scientific theory, so I will not be including it in this article.)  The facts show that whatever exists in nature is the same for everyone and that religion works against the natural order.  If I examine the difference among Judaism, Islam, and Christianity, I can see that there are various doctrines which may or may not be true.  And since I can't prove in my own mind that any of these religions are valid, I only have the testimony of the creation of nature.  And in looking at the bad results of religion, I can see that I've been missing the benefits of the natural law by simply using them to my advantage.  I believe that nature contains a natural moral order just as it contains the physical order of life as God created it.  The more I understand the natural order, the more I realize religion is a waste of time.  I  don't think that God is that stupid to have the religions represent him in any form.

Thoughts should be based upon truthful information
Any type of thinking is going to be destructive if it isn't based upon the truth.  Discovering the truth may be a bit of a chore, but even having an opinion based upon false information  is going to get bad results.  If the subject matter is false, then the  fallacy of the thought is going to be destructive in some way.  However, if the information is true, then there will always be a good result.  The reason is that the thought or the course of action was based upon truthful information and therefore, produced good results.  When using the natural law, there's no problem in discerning the truth.  The truth is always contained in the nature of things.  The problem with me and probably everyone else is that we sometimes don't recognize the truth nor do we seek it out.  And, the bad results speak for themselves.

Effects of using natural law
I've always found religious doctrines vague and inconsistent.  I've seen this mostly in Christian churches where each one of them has different doctrines yet say that the bible is the word of God.  The problem is that these churches do not follow their own teachings, and after 25+ years of studying the bible, I have come to the conclusion that it is a dangerous book to put one's faith into because of these inconsistencies.  At some point, around 10-12 years ago, I decided to forego any religious writings and simply use the natural law or the Law of Nature because I think that the testimony that God wants for us is included in the natural order.  Once I removed myself from religious doctrines I stopped putting lies and deceit into my brain and I became more consistent in my own thoughts and actions.  Any moral issue can be solved by using the natural law
The problem with the Christian doctrine of churches is the idea that mankind is to put all of his cares on Christ.  And since it is impossible to keep God's commandments he sent his son "Jesus Christ" to atone for our sins.  The implication is that all a Christian needs to do is to put his faith in Christ and he will be saved from the punishment of hell.  The problem I had with this is that mankind has these commandments and most of them are backed-up by the natural law. All of these commandments are intended to improve the life of mankind and not to condemn him.  The Christian churches give the impression that the commandments are no longer important when the facts show that they are indeed important for the benefit of men.  But, just like a lot of other people, I believed this for a time but I always had the nagging question of the importance of keeping the commandments.  I used to ask very pointed questions to pastors and all they did was to avoid giving me a satisfactory answer based upon facts.

Religions have no proof
No religion can prove that their writings come from the God that created everything.  If they have no proof, then they are liars.  Bad religion is probably the worst instigator of unrest in the world.  It is so easily manipulated in order to get the evil results the liars are intending to inflict on mankind.  However, the natural law or the natural order is the net result of the creator, we know this because we can see it and we live in it every day.  In my opinion, it would be impossible for there not to be a god because the evidence of an "intelligent designer" is overwhelming.  Pointing to some writing and saying it is the word of God is dangerous.  You would have to have proof.  But if the texts are examined critically, we can see that there are a lot of contradictions which means someone has been lying while writing these texts.  In fact, I found that some of the earlier "Christian" writings were more informative in developing the reader in the knowledge of moral principles.  While abortion is not addressed (to my knowledge)in the bible, the other books of the early Christian church did contain verses that forbade the killing of the unborn.  I've never seen verses against it in the bible which could mislead people into making bad decisions.  But again, if a man used the natural law to make his decision, he would know that the killing of the unborn is murder.

The truth is in nature; the lie is of the Devil
Everything we need to know is in the natural law and everything we don't need to know is in the lie promulgated by the Devil.  It is much easier to make good decisions by using common sense and right reason.  We were born with the ability to think for ourselves and a man always gets better results when he thinks things through with right reason.