How About No Government? Part 2 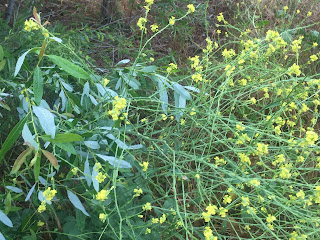 There is an old saying that government is a necessary evil.  Since when is evil necessary?  Because if it is evil, then nothing good will come from it.  Mankind, through thousands of years, has subjected the people to various forms of governments which have done massive damage to any thought of a peaceful society.  It is the governments, combined with religions, which start all of the wars.  Without the government, who would start the wars?  Most groups of people could not afford a military, but with the power of taxation that the government allows itself, they can make  hideous forms of weaponry using other peoples' money.

If the government is evil
When the government is evil, then it only follows that it is also Satanic.  If the government itself, in its form, is evil, then the leaders and workers are also going to be evil.  I have a saying that there are only two kinds of government people: 1. assholes, and 2. assholes-in-training.  And as we can see in dealing with the various government entities, they really do think that they have the power of God.  In fact, I believe that the governments are the false gods of the new world order.  The reason for this is that the government violates the natural law which has more authority than manmade laws.  If the congress decided to suspend the law of gravity, the one who is in control of the natural law would not be impressed.  This is the idiocy of the government.  So then, any allegiance to them is a form of idolatry.  Giving respect to evil and honoring evil is a form of idolatry.  When we start thinking of it in these terms, we get a completely different picture than what we learned as young students when we were growing up.  Evil is evil and we can't paint a good face on it.
Let's look at some of the attributes of evil and then apply it to the government:

Obviously, there are more, but any one of these things that the government does relieves it of any authority over anyone.  The only way a government could have authority over people is if someone broke the natural law, then anyone would have the power to apply a  lawful remedy.  However, under the natural law, there would be fewer crimes as everyone would be conscious of their responsibility to God and the people around them.

There is no necessity for evil.  Evil is a direct violation of the natural order and it is good for nothing.  At this writing, we are watching an election cycle that will choose the leaders of a structurally evil system.  It only follows, that the people who will be in charge of the evil government will be evil themselves.  This is why the government people become assholes.  It comes with the job.  Assholes have little to no morals.

The State, STATE, or state is of the Devil
If the various states are of the Devil, then it follows that they are acting as false gods.  They want the people to love and obey the state.  But the state can never be god and that's why I find it to be a completely useless organization.  The only god that exists is the one who created the heavens and the earth, and anything else is evil and useless.  While it seems to be a difficult concept to imagine, it would be nice if we simply had no government.  Most of the bullshit I've encountered in my life has been due to the existence of the government.  The government is the instigator of all misery suffered by mankind; that and religion.  So, I ask the question, why does mankind to this to himself by electing men to rule over them getting the same bad results?