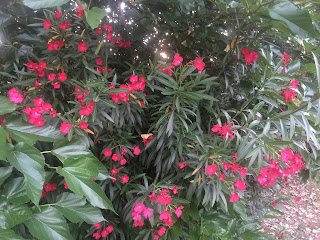 A few months ago, I had the special pricing on my internet service, so my bill came in a few dollars more.  I called the company office and they told me that the special pricing had run its course.  However, I was eligible for a special pricing on the cable.  I haven't had cable since around 2003 but the sales rep talked me into getting it.  Especially, with all the things that were going on right now, I wanted to be kept up-to-date.  However, today, I returned my equipment for the cable and I canceled the service.  I did keep the internet but I no longer have the cable.  I want to go over the main reason why I canceled the TV portion of the service.

Bad content
Most of the programs I watched were news related and I found that the reporters only related their own point of view.  There is little objective reporting and the content of these programs are at an old time low.  I had given up on the Communist News Network years ago and so I watched mostly Fox News.  However, the content there was a little better but at the end of the day, it is all mostly bullshit.  It seems to me that all of the cable news networks are nothing more than indoctrination into the communist slave system.
With the option of the Internet and the various video services, I can choose what I can watch and when I can watch it.  Cable TV is like the horse and buggy of yesterday year.  And the ads are ridiculous.  Imagine, they sell catheters on TV?  The vision of the Fedex guy knocking on an old person's door with a box of catheters is a bit much for me.  I'm almost 70 years old and this is what I can look forward to?  Catheters.  Then, if that wasn't weird enough, there are the ads for Viagra and Cialis.  Men are warned that if they take these drugs they should call a doctor if they have an erection that lasts over four hours.  All of this while I'm having my dinner.  But, it is my fault because I purchased the cable service.

Why am I paying good money to listen to this nonsense?
Sometimes I like to cook my dinner and watch the news at the same time.  However, I would find myself shouting at Bill O'Reilly or Megyn Kelly.  My temper would flare up and I had the most uncontrollable urge to flip the TV the finger.  They can't see me doing it but I would feel compelled to flip them the finger.  But then I realized that it was my own fault.  I was the idiot who turned the stupid thing on in the first place.  Then, like an idiot, I actually watched what was going one and that would send me into a tizzy.  But what is even more disconcerting is that I'm paying for this nonsense.  I'm dishing out money for the most useless industry ever known to mankind, and that is the MSM a.k.a. Mainstream Media.

National boycott of MSM is in order
The most effective way of getting rid of MSM is to cut the cable.  It is the only way I know of to really make a difference.  These news companies think their shit doesn't stink and they are lying to the people by withholding critical information.  I found it very satisfying to cut the cable and then return the equipment personally.  The clerk at the cable company wanted to know why I don't want the service any longer and I told him that is was the bad content of the programming; especially the news.  I went through it in detail and he reacted like he's heard this complaint before.  There isn't any information that I can't get on the Internet that the TV cable has so it is a waste of money.  In a true market, these networks wouldn't be competitive, whereas, now, there are many independent news channels on the Internet which are for more interesting.  Cutting the cable is the best way of telling the news organizations to "stuff it."


Walter Allen Thompson has a new book called Natural Law: The True Supreme Law of the Land
Posted by Very Dumb Government at 11:55 AM