Natural Law is the Same for Everyone 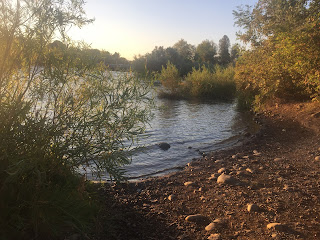 Note:  I found this quote by Cicero from the book, The Age of Reason, by  Thomas Paine 1818

"The true law (it is Cicero who speaks) is right reason, conformable to the nature of things, constant, eternal, diffused through all, which calls us to duty by commanding; deters us from sin by forbidding; which never loses its influence with the good; nor ever preserves it with the wicked.  This law cannot be over-ruled ,any other, nor abrogated in whole, or in part; nor can we be absolved from it, either by the senate or by the people; nor are we to seek any other comment, or interpreter of it but itself: nor can there be one law at Rome, and another at Athens; one now and another thereafter; but the same eternal immutable, law comprehends al nations, at all times, under one common master and governor of all--God.  He is the inventor, propounder, enactor of this law; and whoever will not obey it, must first renounce himself, and throw off the nature of man; by doing which, he will suffer the greatest punishments though he should escape all the other torments which are commonly believed to be prepared for the wicked."

I have written a lot about the natural law on this blog and I can see that when using this natural law, that I will arrive at the same conclusions even though I had never read their writings or read their books.  True law is right reason, common sense, using the facts and arriving at a logical conclusion.  The problem with most of us is that we have never taken the time to do this even on the most fundamental level.  Our minds have been so conditioned to follow the dictates of the government or the religion so that we cannot think critically.  Of course, we have been brain-raped in school to obey our masters and so we think nothing of ignoring the natural law.  The natural law is always good and it is wholesome; and, the unnatural actions of a man will cause him nothing but trouble.  As we all observe the current election cycle, we can see how evil it is by just looking at it.  The government has no lawful authority unless it conforms to the natural or as some put it, the universal law.  This is the law which God created and it cannot be moved or altered.
The natural law has no respect for race, nationality, or religion.  The natural law cannot be overruled by any religion.  With the natural law, it will be the truth that will be the foundation for good information and good living.  Once the truth is realized, then mankind has a clear road ahead of joy and peace.  But today, it is the government and the religions who take away the joy of living and they enslave mankind in order to destroy everything that makes life enjoyable.
In this quote, notice how he says: "...whoever will not obey it, must first renounce himself, and throw off the nature of man;"  This is the purpose of homosexuals in that it destroys manhood and establishes an effeminate male who has no idea how he has destroyed himself. This goes against the natural law and there isn't any valid argument against it.  But it isn't just homosexuals who do this, it is everyone who ignores the natural law and attempts to establish himself as some type of God.  The disobedience to the natural law distorts the intent on which God created everything.

Natural law overrides manmade law
Natural law always overrides manmade laws and there cannot be any exceptions.  All things must conform to the natural order.  As I learn to use this, life becomes much easier to understand.  The reason for all of the chaos and confusion in society is the chaos as created by man.  This is done intentionally because the Satanic mind of the government wants to destroy mankind.  In other words, the govtards hate us.  And if a govtard had any morals, they would stop being government weenies.  The natural law saves the day because it can never be overruled.  And anyone who violates it can expect a lot of blowback from their evil deeds.