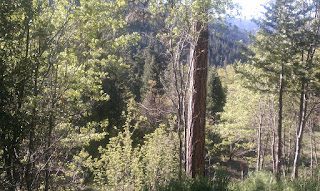 Unless a company has an unlimited supply of cash to go along with their stupidity, their efforts will always fail if they offend their customers.  The company JC Penny may make an interesting example of what not to do in marketing.
I have a sales/marketing background and the last thing you want to do is to offend your customer base.  However, with the trend of patronizing homosexual groups, large corporations are pandering to various perverted people who are only a small fraction of the market.  Why do they do this?  The only reason I can think of is that somehow, Satanists have garnered control of the upper management of the company, and one of their new items of "interest" is their Gay Father's Day promotion featuring two men with two children.  This is a double-down on their horrible use of Ellen Degenerate who is the spokesperson for the company.
I will not trade with JC Penny for this reason.  They are "on-your-face" with their psycho promotion of the gay, lesbian, bisexual, and transgender lifestyle; which should be called death-style.
Appealing to the government in attempting to limit this exposure to the children and other people is futile, because most of the government people are queers, or they are complicit with the promotion of the homosexual agenda.  In short, they are trying to convert the whole country into a homosexual hell-hole.  This, of course, is mind-control at its worst.  But from the government's point of view (albeit stupid) they want the people queer so that they can have more control over them.  Modern government is nothing more than a slave trading outfit at the same time using the idea that men and women are "dying for our freedoms," when the fact is they are dying for absolutely nothing more than the "new world order" psychopaths.  The governments of the world are instruments of evil; inflicting mental and in some cases physical bondage upon the people; at the same time telling them they are free.
The only recourse we now have is to vote with our wallets.  Recently, some nice Jewish fellas made a TV series called Good Christian Bitches (GCB).  This was the most obscene example of baiting someone by their religion. The series was cancelled mostly because it probably didn't have the viewers, but most importantly, many people across the nation refused to buy from their sponsors.  Good Christian Bitches was cancelled, and I believe it was the economic pressure that got the desired results.
JC Penny is going to be a perfect example of a corporate Jim Jones Kool-Aid party, where the participants ensure the death of themselves and their company.  Penny's has always catered to the middle class of which 75%-90% believe in the following:

However, Penny's seems to cater to the most perverted and insane group of people in order to "stay up with the times."  No one can stop JC Penny's in what they want to do with their marketing, but it does show an arrogance and a complete disrespect for the main part of their market.  From just a marketing point of view, this is absolutely insane.  I've never seen anything like it.  It would be like
flipping the finger at your main customer base, and then asking them to buy from them.
But for those of us who are extremely offended at this company and others like it, we have the most efficient and powerful tool at our disposal to rid ourselves of these rotten companies.  That is our money.  In any economy, it is the money that is the lifeblood of a corporation, and if the money stops coming in, the whole apparatus can come crashing down.
Your dollars are your ballots.  These are the most effective ways to get something done.  If you don't like any company, don't do any more business with them.  I don't want to do any business with any corporation which promotes a death culture such as homosexuality.  Don't complain about the mainstream media and then go watch the networks you have been complaining about.  Use your dollars as something more than just purchasing products.  Spend your money with people who you know to be honorable and provide good products and a competitive price.
I prefer to do my own personal boycott because I don't have to join any groups.  Some people may want to band together to send emails, write letters, and be more active.  Whether you want to go it alone or join a group of people, either way, the boycott is the most effective way that I know of to stop offensive corporations from gaining more power.
If you don't like the political candidates, then look up who is donating to them and then stop buying from them.  See, this is easy.  A few searches on the internet will turn up all kinds of companies that support something that you don't agree with.  So if you want to be effective, simply stop buying from them.  Make it a point to do a little investigation on their background.  If you exercise some due diligence, you can be effective in not feeding the beast.
Be careful not to fall asleep at the wheel and forget your purchasing standards.  Think about what happens with the money that leaves your wallet.  Think about the agenda the company supports.  In the case of JC Penny, it is obvious to me that this company does not deserve my business.
If you check the internet, you'll see hundreds if not thousands of instances where some companies have reversed course and have withdrawn support for unpopular projects.  The reason why they withdraw is because they don't want to lose customers.  If they lose customers, they lose money.  Take away their money, and they can't influence anything.  Money talks.
The boycott is the most peaceful and accurate way anyone can use to affect change.  No one gets killed, no political party is established, there's no place to hide; the boycott is the most peaceful revolutionary tool available.  Look at what's happened to CNN.  Their ratings are down the toilet because people don't want to listen to what they have to say.  I stopped watching them a long time ago for the same reason I won't buy from JC Penny.

Recently, Rush Limbaugh radio show was the target of some advertisers wrath because of what Limbaugh said about Sandra Fluke being a slut for wanting free contraceptives from the government.  Some of his advertisers withdrew their ad spots in an attempt to punish Rush.  In this case, the opposite effect happened.  Limbaugh's show is extremely popular and it plays well to the people who make money.  Withdrawing their ads had the effect of shooting their sales people in the back.  In this case, the boycott didn't work because the product was so popular, no one really cared what these companies thought about his remarks.  They begged to get their ad spots back, but they were replaced by new advertisers.

The money flow is everything in a business.  If the business isn't making money, then its existence will always be in jeopardy.  The consumer of the product or a service will always control the money supply, although in very small amounts.  Let's say I used to spend $1500.00 per year at JC Penny for clothing and other goods.  If I stop buying, then that's $1500.00 they don't have in their cash flow.

I wrote the above article on June 2, 2012  The J.C. Penney example says a lot about the futility of attempting to cram homosexuality upon the general public.  Around Feb. 4th, Penney's defended their move to make Ellen Degeneres the spokesperson for the company.  From just a sales and marketing point of view, this is like drinking the Kool-Aid.  Here is a comparison on the stock prices of J.C. Penney:

Is Campbell's soup next?  The poor stock performance reflects the reality of the market and the population's disgust with the company.