The Evil World Order is Dying 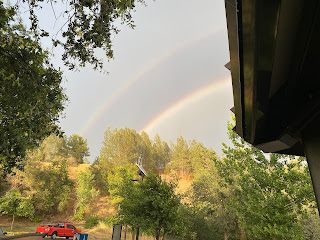 The Evil World Order is Dying

I was thinking about this for a long time.  When anything evil is done it gets a bad result.  It is a failure.  And no matter how much political and military power that exists in any country, the one who exercises that power in an evil way will always get the bad result.  In other words, the “new world order” is finished because it has been a failure from the beginning.  And those who advocate it will pay a horrific price for their misdeeds.

The “new world order” is unacceptable in the natural order of life because it is an immoral political system.  The governments do not have any authority to order anyone to do an immoral act.  Their biggest weapon is fear and they unleash it on the public with their lying news organizations.  But if you notice, their ratings are way down which cuts into their advertising revenue.  This is an example of the failure I’m writing about.  The “new world order” is essentially a communist, feudal, socialist, fascist, and democratic systems which  promotes failure.  Even the rich oligarch is a loser because if he got his riches dishonestly, then the payback will begin.  The payback is always attached to acts that are immoral.  Societies will suffer great losses if they allow themselves to be dragged down into the evil of immorality.

Any organization that promotes immorality is useless and dangerous.  After what I’ve seen in government, religion, and the medical field, I don’t trust any of them for my mental, physical, or spiritual well-being.  When any of us encounter immoral doctrines, we should immediately reject them and never obey the immoral orders.  I figure it this way, if I’m confronted with a choice of being immoral, I have to look ahead for the expected results.  If I do good, then my results will be good.  If I do evil, I can expect bad results.  It is really that simple.  We don’t need to read a bunch of books to figure it out.  We all have to take the time to think things out before we take any action.

Writings seem to have too much authority.  Whenever we read something, we may not be able to know whether it is true.  This is where doing our own thinking is going to be beneficial.  If a politician says anything, it is probably going to be a lie because he doesn’t have the moral authority when he is dishonest.  All governments seem to be in this situation.

The natural order is the only way for mankind to live in peace and harmony.  Mankind has had thousands of years of history to show that all governments are failures.  The problem is that they are established on an evil foundation—oath-taking—and we can see the bad results throughout history and into the present.

It is difficult to accept the fact that we all have been lied to all of these years.  And that every institution seems to be based upon false information.  In order to get back on a successful track, we all need to spend more time thinking through the issues rather than taking action or believing false information.

We are now watching the “new world order” implode under it’s own corruption.  It isn’t going to last much longer.  These people who promote this are complete losers and they will sink into their own immoral cesspool.  It happens every time.  The natural order cannot be defeated.  The evil world order is dying.  Perhaps it is already dead.

Posted by Very Dumb Government at 10:37 AM