War Demonstrates the Idiocy of Governments 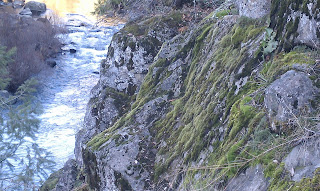 War Demonstrates the Idiocy of Governments

In taking a look at some photographs from war zones, I can see the complete idiocy of governments.  There is no issue worth killing anyone over with the exception of self-defense.  But governments are rotten to the core.  It doesn’t matter who is the leader, the government will always rot into war.

I’m an old man, and I have observed how many countries engage themselves in war and it is difficult to remember what issue made it so important to bomb men, women, and children.  War is a form of torture on the public at large and none of the war-time leaders have any authority to engage in that kind of activity.

In fact, one day I decided to count the various wars that the “United States” engaged itself in since 1789 and I lost count at around 150.  All governments, as they operate now, do it under some form of slavery.  And they have dumbed down populations over many generations in order to pacify the people.  These wars don’t settle important  issues of the day.  After all of the wars, the system of communism is still present.  In my view, communism, fascism, socialism, and democracy are just warmed-over instances of feudalism.  Millions of people have died under these stupid systems of governments.  Mankind needs to find a better way to do things than having governments as they exist today.

As I see it, governments are the most destructive things known to mankind.  Just the idea of having sexual perverts teach the children is just too much for anyone to bear.  It is difficult just to read about it.  Imagine, having the most immoral people in charge of teaching the children, let alone run governments.  In addition, the children don’t learn useful skills, but the are indoctrinated into perversions that most of us have never thought about in our lives.  This is the evidence that shows that the governments operate on the dark side.  They are evil beyond description.

The era of governments needs to be ended.  We have thousands of years of obvious failure and they should be replaced by natural law and the set of morals that goes along with it.  It’s easy to understand and it works the same way every time.  Whatever organizations are used to deploy the change of operation, they would have to conform to natural law which would take away the authority from the idiots.  All politicians and government workers at this time are idiots.  They have subjected themselves to oath-taking thereby cursing themselves in the process.  There is no financial discipline and they start wars more for geo-political purposes than some kind of self-defense.

There is no good future for mankind under these kinds of government.  They don’t keep things in order; they keep things in chaos and disorder.  War is a form of murder and genocide that should be stopped immediately.  Remember, the payback or “karma” from these wars will come back to haunt the evil doers; the idiots.

Posted by Very Dumb Government at 9:40 AM