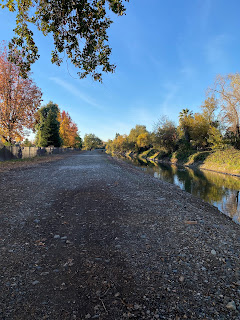 The Lie Doesn’t Work for Good

The Lie Doesn't Work for Good

I am in the process of reading "Where's the Birth Certificate" by Jerome Corsi, and I cannot help but notice how the lie is so destructive.  "Where's the Birth Certificate" is very similar to the old tax protester question: "show me the law."  Many people like me believed in the "rule of law," only to be very disappointed when we came to find that there isn't any body of the law coming from mankind that is usable or dependable. The only law that I have found that works and is dependable are the real God's commandments; along with the natural law.  I hope to demonstrate that the whole governmental and religious systems are built upon the satanic principles of the lie.

I have written quite extensively on this blog about the dangers of the oath and it is the foundation of the problem.  Any man who takes an oath is a liar.  The reason is that at the moment the man takes the oath, he has no idea if he can fulfill that oath.  So the very act of taking an oath means that he is lying right from the start.  Once the lie is in place, the rest is downhill, and nothing good will ever come from any thought or action based upon a lie.  Swearing oaths belongs to the real God and to the real God only because He is the only one who has the capacity to honor His oath.

Lying is how people can manipulate others to do something that they wouldn't normally do.  If a man bases his opinion or perceived facts upon a lie, then all of his thoughts and actions will not have a good result, because they are based upon false information.  Many people ask why doesn't Obama just show his birth certificate?  Obviously, he doesn't want people to know what it says. I have no idea why he doesn't want to release a valid copy of it, other than there's something he doesn't want to make public.  Apparently, the law that establishes a liability for income tax is also a secret that the government doesn't want to disclose.  The only way the government can keep the lie going is to tell yet more lies to delay the manifestation of the truth.  Governments lie because they are in the business of stealing, putting people in prison, and killing them.  The whole purpose if this kind of government is to destroy mankind the way the real God intended; thus, the "new world order."  The old world order is that which is founded upon the principles of the Creator which is primarily supported by the evidence of nature itself, and supported by truthful scriptures.  The new world order is Satan's world order.  The government is working exactly as it was intended; to ruin and destroy the lives of men, women, and children.  Corsi's book is well written, but the effort is like documenting every piece of crap in the cesspool.  The possibilities are endless.  The problem is that government lies so much that it is difficult to keep track of them. In fact, I'm at a point to where I don't know how to sort out all the lies that they tell.  Of course, if you get in a jam with the government, you can always hire another liar who is called a lawyer.  Lawyers, being under oath, will almost guarantee that you will have a bad outcome.

Lying in religion is no better; in fact, I'm of the opinion that bad religion and bad government go hand in hand.  Think about it, some guy puts on a fancy robe; judges do the same thing, in order to deceive the people into thinking that they have a civil or spiritual authority that they don't have under natural law. The robes and the reversed collars are there to make people think they are something that they are not.

Christian groups argue incessantly about whether or not Jesus is God in the flesh or if he was something other than what the gospels say.  Some Christian groups say that there's no hell, some say that one has to be "saved" by baptism, or that there was to be a "rapture" on May 21st, 2011.  Others say one cannot be saved by keeping God's commandments.  So then someone is lying, and these lies are extremely destructive because they brainwash mankind with the deviant information.  Instead of obeying God's commandments, many "Christian" groups say that the commandments don't need to be kept; Satan thinks that too.  Anything from God that benefits mankind is always excoriated by evil doers.  The natural law includes a full set of moral principles of which every man, woman, and child has a latent knowledge.  But because of the the incessant lying by the people in authority, the people don’t know that their own moral judgment is being very limited by the delusional teachings of religion and government.

The Unite States Constitution is based upon the oath; oath taking is lying, thus, the whole system is cursed from the beginning.  Most religious groups that I am aware of use the oath, which means that they are also liars.  These religious groups are also cursed from the beginning and are of no service to anyone.  Any good that they do is always twisted to the promulgation of evil.  And all people need to do is to watch their pathetic behavior and understand that the evil is a natural outpouring of the cursed system.  From a satanic viewpoint, the system is working perfectly.  It is supposed to be screwed up; it is supposed to be rotten to the core.  Millions of innocent people die or have their lives ruined by evil government and religion.  Lies are constantly inculcated into people because of the twisted and cursed media outlets.  Very little truth comes out and very little is done to oppose the liars.

This is why we have so many problems in the world because of the incessant disobedience of the real God's natural law against lying.

If I lie to someone, then the person who hears it starts thinking in a way that is untrue.  Through the course of his thought processes he then starts to see evidence contrary to what he heard from me.  He starts to question what I said, but since I'm his friend he's thinking that I wouldn't lie to him.  So he asks me a question about the first lie, I then tell him yet another lie to cover up the first one.  So he wastes time trying to sort this all out and accomplishes nothing.  If he buys the lie and then acts upon it, then his mind is destroyed and his actions go into error.  This is what bad government and bad religion do to people.  They destroy the mind and make it weak.  The destroyed mind cannot think rationally and operates in a type of a satanic stupor of idiocy.

If lies were allowed in engineering, cars wouldn't go, buildings would fall down, bridges would collapse, and anything built wouldn't work.  Yet, we the people accept the lies of people in government and religion as if they were normal.  In fact, most of us at one time or another have believed in things that are not true.  Corsi's book is an extreme example of this dynamic.  Our minds and our lives are being destroyed by lies.  Whether we are rich or poor; or somewhere in between,  our minds are constantly being twisted to think along the lines of the new world order.

The only sane reaction to the musings of religious and government people under oath is contained in two words: bull shit.  When any of them start to talk, I feel as if I am listening to gibberish.  Lying is gibberish and it weakens the mind.  In the case of Obama's birth certificate, just listening to his nonsense provokes the two-word response: bull shit.  Anyone who has examined the document released by the White House knows that any scanned document would not have any of the layers found on the one presented by Obama.  So we now know that Obama is a liar.  But you can't just blame him.  The whole "government" is like him.  If they were different, they would not allow him to continue as President.  The Constitution of the United States is just a big lie in and of itself, and by the inactions of Congress on this one issue, shows that the document is just window dressing.  The "Bill of Rights" is a complete fraud; total bull shit.  If you think that's harsh, try using them and see what happens.

Remember, a half-truth is not the truth' it is still a lie.  I believe that the main cause of the problem is a spiritual problem; the oath. The oath is the bond to Satan. The whole process is cursed and nothing good comes from it.  The success of American people is not dependent upon the government; the success of the American people is in spite of the government, not because of it.

I suggest that if you read Jerome Corsi's book: "Where's the Birth Certificate" that you then watch how the various media, law enforcement, and political principals ignore the clear facts of this issue.  None of us can stop these people from lying, but we can expose their lies for what they are, and all we have to do is to observe what is in plain sight.  When any government and religious person says something, we must always question the veracity and morality of the subject before making an intelligent decision.

The best thing to do would be to remove the oath from the constitution and get it in line with the real God's commandments and the natural law instead.  The world is getting completely out of control of any moral standards and God's commandments are the only things that will profit and benefit mankind.  The act of lying sets in motion the most unspeakable evil; it's time to start telling the truth.

Related: Lying is Their Most Powerful Weapon by Henry Makow

Posted by Very Dumb Government at 11:16 AM