Halloween: Celebration of Death and Hell 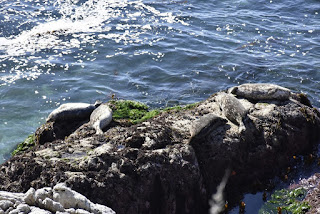 Halloween is the most depraved "holiday" known to mankind.  It is evil, stupid, and it is a celebration of death and hell.  It isn't cute, it isn't just "good fun," but rather, it is a method to steer the children into acceptance of the occult.  It is the Devil's holiday which shouldn't be any holiday.  Halloween is a perfect example of occultic indoctrination and it truly shows the stupidity of the people who participate in it, especially the people who allow their children to dress up as dead people or monsters.

Method in acceptance of evil
As in any "good" communist society, evil must be mainstreamed.  The hanging of skulls and the wearing of masks reeks of the occult and it serves to destroy the children and the ruin their respect for a high moral standard.  Instead, they are taught to defy these higher principles and descend down into the intellectual pit of occultism.  By the constant indoctrination of the acceptance of death and hell, little children are being primed for a life time of evil and chaos.  That is the bad fruit of the Evil One.

Why do mothers and fathers do this to their children?
My answer to this is that most of them don't give it another thought.  People like to be accepted into society so they just go with the flow but never examining the morality of what they are doing.  Dressing little children up as dead people and wearing occultic symbols is a recipe for disaster.  Halloween is one of those holidays which starts to degrade society and the damage done is quite compelling.  Without a high moral standard, I don't think mankind will have a good life to enjoy as God would have intended.  Instead, the stupidity of the parents is quite obvious.  But this is the kind of Satanic conditioning that evil people do to themselves and others.

Halloween is immoral
In an immoral society, the evil people or the "elites" can control the masses and send them in a herd as running off the cliff.  Halloween is an exercise of sorcery which used to be a capital offense.  To celebrate murder and idolatry, this holiday prepares the youngster to live an immoral life.  Think about it.  If the parents cannot hold the line against Halloween, then how are they going to hold the line against immorality in general?  To live a moral life is easier than living in the evil and chaos of this new world order.  Halloween paves the way to a tolerance for evil and it is disgusting.