The Government is Evil on Purpose 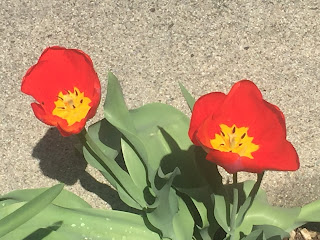 Many people in the United States and throughout the world are disgusted with the evil and the constant wars that plague any reasonable society.  It is not only the governments, but it is the religions which help to fulminate the utter destruction of society.  There is so much evil that it is difficult for anyone to keep track of it.  And since the government and the legal system itself is based on Luciferian principles, there cannot be any remedy to the situation until people start to take action themselves.  It does no good to attempt to use the problem to solve the problem.  The source of the moral corruption of society is the government and the religions.  So, when something bad happens, just know that it is supposed to be that way.  These institutions have been established to promote evil.  In fact, the government is the false god of the "new world order."  It is a system of idolatry, theft, murder, and war.  The sad part is that it is evil on purpose.  No matter who is the President or leader, nothing really good gets done unless it can be twisted to meet the Satanic agenda of evil.  The only way to fix the problem is to get rid of the Satanic foundation which includes communism.  Communism begets fascism, socialism, libertarianism, and democracy.  The substance of these systems is the same but the style may be different.  Since these systems support themselves by stealing from the productive members of society, the communist system exists in the whole world and it is based on pure evil.

Authority is from Hell
Many governments claim that their authority comes from God.  While I believe in God, I do not put any confidence in any of the religions.  The big question is: which God?  I believe when they say, God, they really mean the Devil.  I used to go to various Christian churches and the people and the leaders were rotten to the core.  The other religions aren't any better: Judaism, Islam, Buddist, and many others are just bat-shit crazy.  But it doesn't do any good to get in theological debates because none of these religious people can prove that their God is the one who created the heavens and the earth and all that they contain.  That's the God that really matters, not the religious nonsense.  The authority of that God is evidenced by the natural law to which everyone on earth is subject.  That is the real law.  The governments and the religions are so immoral that it defies all logic.  So when we see the government screw up, just know that it is supposed to be that way.  In other words, the government is doing its job perfectly.  It really has no authority to do anything because it is an immoral system.  Morality is the same for everyone and I don't believe that God gave the government any special privileges.  The government's authority is of the Devil and it is working perfectly.  The Devil is a form of a false god.  The whole government and religious systems are based on Satanic principles so there is never any reason for them to conduct themselves in any moral fashion.

Communism and fascism are essentially the same
The modern-day government system depends on "other people's money."  They are massive systems of theft and murder.  Most, if not all, of the 10 Planks of the Communist Manifesto are in place and have been for hundreds of years.  We didn't have to go to Korea or Vietnam to have war with communists, as they could have just gone to Washington D.C. (District of Communists?)  It is the constant drumbeat of war that keeps society from progressing to living a full and happy life.  In the "United States," the largest domestic terrorist organization is the federal government and the various "law enforcement" agencies.  They are the real trouble-makers and there's no end in sight.


Resisting the evil
I've done a lot of historical research and the best suggestion I can give is to stay as far away from the governments and religions as possible.  Perhaps, separation is a better word.  It would be nice to be completely separated but I haven't found the planet that would make that possible.  But I do have some specific suggestions:

Related:
Lipstick on the Communist Pig
Swear Not at All

Walter Allen Thompson is the author of Natural Law: Supreme Law of the Land