From the Court of Lucifer 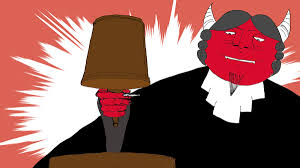 One of the problems that most moral people have is not understanding the evil of the court system.  A Christian father in Ontario Canada objected to having his six year old son be subjected to the LGBTQP indoctrination provided by the school that is run by communist govtards.  There is no reason under any part of the natural law that would suggest that allowing a young child to be subjected to this kind of indoctrination.  The fact that this nonsense is tolerated just goes to show just how pussified are the men of western civilization.

New World Order Faggot Ranches
The school systems have become mostly worthless in preparing young people in learning what is necessary to become moral people with good character; as it stands now, they are just faggot ranches to indoctrinate the next generation of morally depraved people.  The schools don’t teach much to young people about developing their career skills; but instead, the students get a steady flow of communist indoctrination which is founded on the principles of the Devil.  In my opinion, the whole government and religious systems are based on the Luciferian system of evil.  And while this man claims to call himself a "Christian," he still allows his young son to attend a school which is completely contrary to good moral behavior.  A man with a set of morals should never tolerate such idiocy.  Going to court isn't going to change anything and the best way to fix the problem is to withdraw the children from the school system.  Allowing these ideas to get into the minds of young children is an abomination but the "Christian" organizations tolerate it.  The only proper option is to stop sending children to school and keep these evil influences away from them.

Religions are a worthless defense against immorality
You would think that the religions would stand fast against this kind of nonsense, but the facts show that they may condone sexual immorality.  Outside of the government, the religions also engage in sexual immorality along with pedophilia.  The reason is that they too are built on the principles of Satan and they have no hedge to protect the children.  Thus, between the Satanic government and the Satanic religions there is no protection for the children under such an evil system that has gone on for thousands of years.

The courts are demonic or Luciferian
The legal system has always been demonic.  And the best way to avoid any legal action is to refuse the oath.  Oath-taking destroys and curses the one who takes it.  This is a form of sorcery and no one should be doing it.  Yet, it is done because evil people want to put the man under their curse.  The oath is to bind one’s soul to a bond or contract.  Usually, under the threat of violence, people swear these oaths when they should not.  I think it is better to take the hit by the refusal than to endure the payback from the oath-taking.
The courts work with the government to ensure that immorality becomes public policy.  This is the evil of the government in general.  Immorality is never necessary and neither is any government.  These governments are the instigators of the misery of mankind and they aren’t worth anything nor are they any benefit to society.  Mankind has been a slave to these governments and the main reason is that the government institutes immorality almost like a public policy.

The natural order
The natural order applies to everyone in the same way.  In this case, there is no such thing as transgender or gender neutral.  People are born either as a man or a woman and there is no other option.  But the courts and the government attempt to bend the natural order into their own hideous idea of right and wrong.  And as a result, generations of young people have been destroyed by these aberrant doctrines that are only fit for the insane and the idiots.  All decision making should be founded on the natural order or natural law.  This way, there will be fewer mistakes.  A complete understanding of the natural law would make it impossible to make any mistakes.  While people may have varying perceptions of the natural law, the reality is that this natural law can only be properly interpreted one way; with whatever is true.  These courts are perfect examples of what not to do.  They have no logical reason to exist.  But they are there to destroy the lives of those who encounter them.  They are not your friends and they should be avoided at all costs.  The public at large makes a big mistake in allowing crooks, thieves, and thugs to monopolize the use of force.  Once the government has that monopoly, it can do what it wants.  And that is the true source of the evil.

Homeschooling is the better choice
I don’t think sending children to school is a good idea, and this is a good example of the evil of the public education.  Private schools aren’t much better.  And it is the Court of Lucifer which ensures that the children will have to put up with being indoctrinated into utter communist nonsense.  These communist courts are complete failures and they are no benefit to society.  The best option is to do what is morally correct.  Sending children into these schools is extremely dangerous to them because a communist has nothing to teach to anyone.  But these evil courts will back them up and the parents will have little recourse.  The best way to avoid any conflict is to separate from the government by insisting on your option to stay within the natural moral order.

If you wish to support my efforts you may leave a tip or donation and/or get my books with no charge here.  Walter Allen Thompson

Posted by Very Dumb Government at 4:30 AM