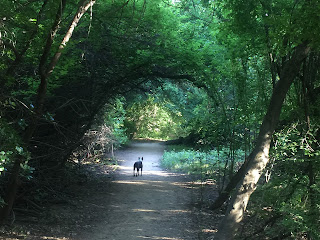 Idiots voting for idiots
In order to run for office in the government, one must be an idiot.  I did it once and I was so ashamed of it that I pulled my name off the voting roles the day after the election.  The process in running for a political office is about the same as trying to gather votes in order to become the town gutter-slut. The candidate has to stick his nose up some many peoples' butts that he doesn't have time to do the thinking that might result in some good ideas.  Frankly, I like Donald Trump, but I don't how he can stand running for President and associating with all those communists like Henry Kissinger and having to deal with the jerks at the Council on Foreign Relations.  The problem for Trump is that he has to work with idiots.  The longer Trump is around the idiots, the more likely he might start believing in their bullshit.  But having conversations with idiots puts an undue strain on the mind.  It is really frustrating when speaking with an idiot.  Their eyes glaze over and you know that they aren't listening.  So it is a waste of time trying to convince idiots who don't want to learn.
It is easier to be an idiot and that's why many people are attracted to the government.  You don't have to think very much as the whole government operation is so compartmentalized the idiots who work there don't see the whole picture.  Working for the government means that a person will not develop many marketable skills to compete in the private sector.  To work for the government is to be a real loser; the perfect job for an idiot.  The perfect example of this idiocy is the stupid transgender issue regarding the use of public restrooms.  What is happening is that a purported civil rights issue is arising from a man or a woman who has sexually mutilated themselves; both physically and mentally.  Only an idiot would do such a thing.  It gets worse.  They tell little children in the schools systems that they can choose their gender and then make idiots out of them and ruin their lives.

Socialism and communism is for idiots
These two items are structurally within the governments of the world.  This means that all of the world's political leaders are idiots.  It is even worse for religious leaders because they add God to the equation.  God isn't that stupid to install such an evil system.  It is a legalized system of theft and slavery that only an idiot would like.

All governments should be replaced with using natural law
I think it would be better to start deconstructing the world's governments and let the local people take over their own affairs and voluntarily affiliate themselves with various groups for their economic well-being.  We have seen enough failures of government in the last two thousand years to know that these systems don't work.  Anything that can or should be done can be accomplished by people outside of "government."  It is getting extremely annoying to have a bunch of govtards running herd over the population; eating out their substance.  The natural law is what God created and it is the same God for everyone and the same laws apply to everyone. Natural doesn't include evolution.  No man or woman has any obligation to be ruled by anyone else; especially idiots.  If I want to put myself under the leadership of someone else then it is my choice, but I shouldn't be compelled to do it.  If people want to live in a socialist system, then they have that option; just don't force others to participate.  No one likes to be ruled by an idiot.

Idiots choose communism or socialism
If you look at the results of communism: endless war, destroyed economies, cultures shattered, slavery, homosexuals, pedophiles, fornication, rape, abused children, drugs, genocide, government scandals, anyone can see for themselves that communism or socialism is the idiot's choice for the government.  Who are these idiot? They are the religious and the government leaders who cooperate with it.  Communism and socialism are stupid and they cannot be fixed.  No government can operate successfully using the principles of socialism because it is stupid and evil.  There is no such thing as a smart socialist; they are all idiots with an IQ of the average plant.
All that a socialist wants is everyone under them to obey their orders and be good niggers.  Under a socialist type system, everyone is a slave; a nigger.  Think about that when you vote for you idiotic slave master.  If you like socialism, then learn to say, Massa.

Related:
Feel the Burn
Lipstick on the Communist Pig
Communism: Talmudic Jews Gift to the World