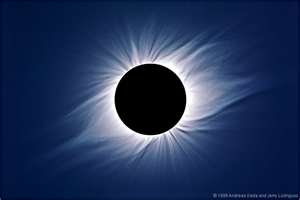 "Calling a person a pervert does nothing
to help someone who is homosexual or
who struggles with homosexual feelings."
Recently, a struggling homosexual man objected to my use of the word pervert in criticizing homosexual behavior.  I say struggling in that he is trying to overcome homosexuality.  Having been a musician in the 70s and working at various corporations in Southern California, my only conclusion is that homosexuals are perverts.  This guy tried to use the example of a lame man to that of a homosexual.
The difference between the lame man and the homosexual is that being lame is not a choice; whereas, a man who is a homosexual is someone who chose it for himself. There is a big difference between the two: the first is not chosen, the last is a bad condition that is self-inflicted. I think the photo is ludicrous.
Why should anyone pander to homosexuals? He did it to himself. He should man up; stop being a little baby, and continue to act like a man and put the immature stuff aside. Homosexuality is the mother of immaturity. Also, porn is extremely dangerous so don't look at it. When you get a homosexual urge, I would recommend repeating the commandment of which you are being tempted. In the case of homosexuals, I recommend that you repeat the commandment from Leviticus 20:13: "The man also that lieth with the male, as one lieth with a woman, they have both committed abomination: they shall die the death, their blood shall be upon them." Homosexuals are people who destroy themselves and usually their friends and families. The filth spreads rapidly throughout society. By repeating the commandment, he should lose the urge. No one I know teaches this. I learned it from writings outside of the Bible. The principle of this is that if a man needed to test a spirit to see whether it was from God or not, all he had to do is to repeat the commandments-- and if the spirit was evil--it would go away. So I just transferred that idea to a temptation and it seemed to work. One day in prison, there was a nice place to sit with trees with about three benches. It was kind of crowded on day and I wanted more room, so I started going over the commandments with another inmate. Within five minutes, I had the place mostly to myself. Evil people cannot stand to listen to the commandments and most of them cleared out because they couldn't stand listening to them. The power of God for mankind are the commandments.
I believe that the inclination for homosexuality is a temptation that comes from the evil spiritual world.  And if there's no defense against it, many will fall into the trap of homosexuality.  So the commandments repeated in ones mind or even out loud should get rid of the temptation.  Doing this for fornication will work the same way.
Government and religions do not really care what happens to the victims of homosexuals, especially in the cases of child abuse. To even try to mainstream that which is so vile as mainstream; well, to me, that is completely off the hook, and that's why I call them perverts. People who accept homosexuality are just as perverted as the ones who are doing it. The nonsense is just plain evil, and if he wants to have a nice life, he should be able to stop. Repeating the commandments works for me, and it should work for Ted. If he has a problem like this, it needs to be corrected quickly. But to wring his hands over my use of the word pervert is ridiculous. He should be more concerned about making sure he doesn't become a pervert any longer. That way, the use of the word won't bother him.
The temptation for sexual sin is a spiritual temptation and none of us have learned how to control it. When I get a temptation for anything, I repeat the commandment and the problem goes away. The evil spirit (or whatever you want to call it) cannot be around a person who likes to keep the commandments. So when one thinks about one of God's commandments, the urge to break it leaves. And this is why evil is so weak.
This is a severe problem, and I refuse to minimize it. Homosexuality and porn will lead to child abuse. None of the sexual sins serve no purpose for a man. I suggest this man simply act like a man, make his corrections, and then go live within the commandments. Yes, it is a struggle sometimes, but I just gave him something new that should help. There's no point in homosexuality other than to destroy oneself and other people. Homosexuals would do well to get away from it for the sake of their physical, mental, and spiritual well-being.
Going from sin to obedience to God's commandments means that the person had repented of his sins and is now willing to obey God and live a life free from the bondage of sin.  It isn't that hard.
Homosexuality is bondage, and sex with one's lawful husband or wife is liberty.
So on one hand, I do commend this man's desire to be free of homosexuality, but on the other, the fact is that homosexuals are perverts and there's no point in minimizing it.  He should be more concerned with staying free from the perversion.  When he defeats homosexuality, he will no longer be a pervert.

Related:
The Downside of Homosexuality
Fornication is Destruction of the Soul
Updated: July 9, 2012
Home Depot is a company of perverts
Boycott Homo Depot here
And cancel your Homo Box Office

My take on the Home Depot pandering to homosexuals is that if anyone who works or buys from this company, some of your money is going to be used for the promotion of homos.  Just as with JC Penny, don't buy from the schmucks.