It Starts with Fornication 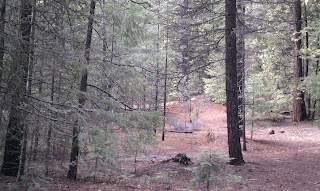 Have you ever wondered why there's so much child abuse, homosexual activity, and sexual promiscuity?  Given the recent disclosure of child abuse in Penn State's football program, and the rabid promotion of the homosexual agenda within our school systems as normal behavior, it is obvious to me that we have some severe sexual problems that are purposefully brought upon our young people in order to destroy our way of life.  Government, religion, media,  and education are the main culprits in promoting this sickening way of life.  It is destroying our children and if it is not arrested, I don't even want to think about what is going to happen in the future.
I'm not going to write about all of the evil things that are going on because other people are doing a good job in bringing the problem to the attention of the public.  What I'm going to try to do, is to give people a way of defeating the evil of sexual sin in such a simple way, that if learned, I think will go a long way in helping  people to withdraw from unlawful sex and wait for marriage.  We know the problem, but we need a solution.
The solution to fornication is as simple as the articles that I have written about solving the problem of anger.  Anger creates jealousy, strife, evil, hatred, and other bad things that can ruin a man's life.  Fornication does the same thing.  Fornication is just like anger in that the temptation starts and if it is not arrested, it will take a man down to the dark path of spiritual death.  A man or woman loses his virtue with fornication.  This is the same spiritual problem as anger.  Having sex with someone that one isn't married to is a very bad thing to do.  However, those in "authority" seem to almost promote that which is evil.  The reason they do that is because they want to make a slave out of everyone they encounter.  If the government, religion, media, and society promote sexual promiscuity they are doing it because they need more slaves.  A fornicator is a slave.  A fornicator is as the people who were taken from their homes on slave ships from Africa.  Fornication is the chain that insures a man or a woman's bondage.
So how do we defeat it?  It has been my experience that it is relatively easy to stay away from things that can get a person into trouble.  Most people don't know how to control the urge because many of them like the idea of having sex on a regular basis; sometimes with people they don't even know.  Just the physical danger should be a good warning, but the spiritual and mental danger can be much worse.  The first thing to do in order to defeat the urge is to decide that from this point onward,
you will not entertain fornication ever again.  Once you've made up your mind not to fornicate, then there needs to be something else that may help.
I'm kind of like a one trick pony in defeating sins.  The reason for this is that no matter what the sin may be, reciting the commandments seems to get rid of the evil.  Whether the evil is a demon, spirit, or whatever, all I know that repeating the commandments moves the evil away in seconds.  Once that is accomplished, there is no more problem.  I know it sounds simplistic, but it works for me and other people are writing to me saying that this works.  The evil cannot stand to hear the commandments.  This is where the rubber meets the road.  I've written about my experiences with this, and all I can tell everyone is that it works.
What this does is to give people a quick and easy way to avoid this temptation.  It seems that the temptation to fornicate seems to feel like some kind of stupor.  It creates nothing but trouble and it does no good for anyone.  But the stupor can be difficult to break through because it feels so pervasive.  If this kind of thing happens to me, I simply repeat the commandments and the whole thing blows over almost instantly.
If this urge could be arrested by everyone involved in fornication, there would be little to no child abuse or homosexuality.  Fornication breeds the worse in mankind and with a whole nation doing it, it becomes the same as a self-inflicted nuclear explosion.  Fornication is as drinking the Kool Aid.  And the people who will eventually suffer the most are the little children.
Many men have lost their moral compass, and to some of them, it is no big deal to abuse a child.  However, it is the worst of the worst.  And it all starts with fornication.  If you really want to stop child abuse, get control over your sexual urges so that when a temptation comes along, you'll know how to defeat it.
This works on every other evil.  I've never seen it fail.  I don't wish to document anymore evil more than I need to, but it is my goal in continuing this blog is to provide solutions to spiritual problems that none of the religions can address.  If these religions were so effective, then why do we have such problems?