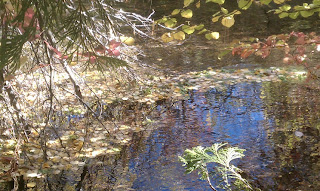 Just when I thought the liberal perverts couldn't go any lower, the show "Angry Boys" Homo Box Office shows a little girl being made to drink from a cup on top of a plastic penis.  I will not post the photos because they are just too foul.  I wish I had never seen them; they are that bad.
This show is starred by a Chris Lilley, who really looks like a complete lunatic.  The idea of putting little children in such compromising positions is typical of a liberal moral slut.  Most liberals are like this anyway.  They live in a death culture.  They destroy the idea of sex between a man and a woman who are married.  They engage in sadistic practices which bring pain and suffering to those who engage in their perversions.
Liberals have attempted to mainline homosexuality and this trash is running rampant throughout our land.  Our lives are being destroyed by the fruitcake media moguls.  The black community has been devastated by so-called entertainment and the rap music is so foul that it can't be called music.  Movies are being made to promote LGBT, child molestation, murder, robbery, stealing, and all the rest.  Liberals are the death culture of the world.  Since it is satanic, their true goal is to destroy the lives of people.  But rather than rant about how bad things are, there are some effective ways people can be effective in turning the tide against these miscreants.
In the case of HBO, I suggest that people simply walk over to where the cable is plugged in and pull it out of the wall.  And when you go to your cable company to return your equipment, tell them you are offended by the fact that they would carry such trash.  Don't let them talk you into taking the equipment back home.  You might experience some withdrawals but that should only last for about 30 seconds, and then you life will begin to improve.
You won't be tempted to watch CNN (communist news network) or listen to the bullshit of Bill O'Reilly.  About a year ago, I was watching O'Reilly's show and I almost threw the pot of spaghetti
at the TV set.  You won't have this problem if you just rip out the cable connection.
I like the ripping out of the wall because it is more dramatic and frankly, more satisfying.  However, if you aren't a thrill seeker like me, then you may just want to cut the cable with a pair of wire cutters.
What you will have accomplished is that you have cut off the funding and feeding of the beast.  Without customers, they can't produce their filth.  They won't listen to us, so why even bother sending them a letter.  It is about as dumb as voting.  Vote with your money.  If you have a cable system that has HBO then part of the money you are spending will go to shows that promote child pornography.
Voting for more rules and regulations will not do any good.  Just pull the plug; you can do it.  It is a simple matter of getting up off your gluteus maximus, walking over to the outlet, grabbing a hold of the wire, and then pull it out by the roots.  (Try not to take down the dry wall when you do this.)
My guess is that 99% of their market would disapprove of child abuse.  By pulling the plug on the cable, you have completely defunded their operation.  I know this works because I've been hearing about some good results regarding the boycott of "Good Christian Bitches."  Many of the sponsors have withdrawn from the show.  But I think it is better to just pull the plug altogether.  You can save up to $100.00 per month and that will make up for the increase in gas prices.  Oh, make sure you have an alternate way of accessing the internet if you decide to do this.  Some services charge as low as $20.00 per month.
The media has been promoting homosexuality for at least 30 years.  Now, they are coming after the children.  The bastards are taking perfectly good children and corrupting them before they even reach puberty.  The payback from God is going to be horrible.  I don't know when that will start, but the media is trying to destroy everything good that is in our society.
Pull the plug on your cable: this is something you can really do " for the children."  You won't have to see shows like this one.  You won't ever see Piers Morgan, Wolf Blitzer, Candyass Cooper, or any of the other deviants.  Remember, Time-Warner, HBO, Turner Broadcasting, and any other affiliated company feed from the receipts of the cable.
Then, when you are done doing that, take note of any sponsors of shows you don't like and simply don't buy their products.  Buy from their competitor whenever you can.  This way, you can insure to some extent that the money you spend won't be spend producing more child pornography.  All you have to do is to "Google" the name of the show and the list of sponsors.  You might want to contact and inform them that you will not be purchasing their products until their sponsorship of the offensive show stops.  Vote with your money; pull the plug.

:
Navigation by WebRing.
Posted by Very Dumb Government at 9:44 PM