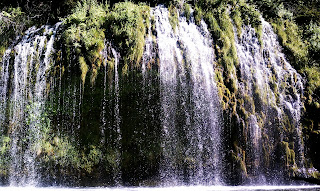 One of the most common things you'll hear from attorneys or people who do their own litigation is this: "Don't piss off the judge!"  It has been my experience that if you don't piss off the judge, you're probably not doing a good enough job with your case.  If the judge's veins aren't bulging from his or her neck, you're probably working from a weak position.  You're going to get steamrolled and you could very well lose your money and your freedom; maybe both.  Of course, it is always better to simply stay away from such proceedings.  But as life goes on, stuff happens and if you are ever so unfortunate to have to use the courts, you will need to be able to manage the process in a way that is beneficial to you.

Since judges and lawyers are the most chronic liars, the legal process under these circumstances are nothing more than demonic religious rituals with the intent to destroy and steal from the person being subjected to it.
Within all of the court proceedings, there is always the threat of violence if the person doesn't comply with the "court."  I've been thrown in jail just for having the audacity to ask what law did I violate.  The problem we have with our government and court systems is that they are run by a bunch of extremely evil people.  They don't care about what is right or wrong; all they care about is their rotten communist agenda which they want to inflict upon all of the people of the world.
The court system is spawned from evil.  The most used conduit is the oath.  Only God can swear and oath, not any man.  These oaths perpetuate the evil in the system of government and they produce death and hell.
The oath is intended to offend God.  And for those of you who don't believe in God, they make you swear to a god you may not believe in.  http://verydumbgovernment.blogspot.com/2010/02/stop-swearing-oaths.html
It is my view, that the courts as they are set up in the United States are founded upon the oath and, therefore, are extremely rotten.  And this is why judges like to scream at people.  They are not operating upon things like common sense, reason, and truth. A liar and a crook have no authority over anything.  Everything they say or do means nothing.  They have extremely weak character and no virtues. Just the paperwork alone is a lie.  Their paperwork uses improper English which is intended to confuse those who happen to get stuck in the process.  The liars like to scream at people to keep up their appearance of authority when they have none.  And this is  the way they exercise their dominance over their victims by screaming  at people and terrifying them into submission.  The unfortunate litigant is so terrified of the judge, that they compromise their legal positions and give in to the fear.  The howling judge does this to completely disorient his victim in order to get his way with them.  Think of judges as judicial rapists; with no condom.   These are the real terrorists.
Every judge I've ever encountered was just a schmuck, a liar, and a protector of the "state."  They refuse to answer simple questions and they are sneaky lowlifes.
The problem with the court system is that because it is based on evil, it is very difficult for them to do any good.  While sometimes the real murderer is charged and convicted, the problem is that there are others who are put away for life who were actually innocent.  It doesn't matter to the court. What matters to them is that they perpetuate the slave state while at the same time making people think that they are free.
If you have an ongoing case, and you are trying to get to the truth, keep at it.  Don't give in to the howling judge.  Keep your cool.  Some of you guys who have screaming wives know that they scream at you because they know that you will do anything for them to get them to stop screaming.  Well, it is the same way with the judges.  Do not proceed with anything in the case before the first issue is settled.  If you piss off the judge doing this, it  means that you are being effective.  You can always recuse the judge and have him replaced by another psychopath.  If you keep doing this, you can demonstrate just how rotten and immature the judge can be.  If someone like a judge acts like a spoiled toddler, you can demonstrate the futility of the current legal system.
One final point.  If the judge asks you: "Do you understand the charges?" don't say anything other than no.  If they won't answer your questions, how could you possibly understand?  If they won't answer your questions, why should you answer theirs?  When you are asked that question just know that you are about to get hammered.  And it may be at this point where the judge will go completely  berserk.  And when he does, keep your temper and your control with maintaining good manners.  You never want to give them any excuse to damage you more by giving you anymore "charges."
Mind your manners and stick to the point of truth.

Money Talks Socialism is a proven failure. Capitalism is better but it should never be mixed in with communism or socialism. The only reason socialists allow a market economy because if they actually operated a real socialist society, there would be little to nothing to steal. Look at Venezuela, they have shortages of toilet paper. http://verydumbgovernment.blogspot.com/2012/05/money-talks.html