You Have Lung Cancer! 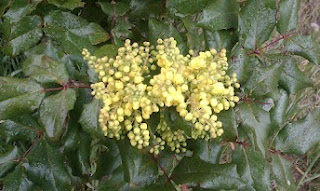 Update:
(Given some of the warnings coming about people will develop cancer issues from the Covid vaccines,
I think that a preventative approach will be in order.  Calcium is just one way to defeat cancer.  Look for alternatives rather than taking traditional treatments.  Do your own research and live.WAT)
One of my non favorite things to do is to go to the doctor.  Anymore, if I feel bad, I try to just ride it out until I feel better.
However, during my stay in federal prison they have mandatory chest x-rays, so in November of 2008, I had a routine exam.  Then about a month later, the scheduled yet another one so I asked the technician what was going on with the second exam.  He said that there was a growth on my left lung and they wanted to see if it was still there a month later.
Most doctors in the prison systems are there because they can't get a good job on the outside.  These are the worst doctors anyone would want to encounter.  No care from them is usually better than if they actually treat the problem.  This doctor was Vietnamese, and I'm speculating that he must have been VC many years ago.  I'm not accusing him of anything, but if I wanted to get revenge on Americans, being a prison doctor would be one way to do it.
So one day I was sitting in his office and he says to me: "You have rung cancer; I save your rife!"  I said: "No, thanks, dying would be better than the cancer treatment."  He looked at me at said: "You would rather die?"  I said: "No, I don't want to die, but I don't want any conventional cancer treatment because that will insure my death." I had watched my father-in-law pass away from chemo therapy and I just refused any treatment.
An inmate had a book called Death by Diet, by a Dr. Barefoot who wasn't an MD but had a degree I believe in chemistry.  He was promoting the use of coral calcium as opposed to other conventional treatments.  I was fortunate in that the commissary had calcium tablets, and even though they weren't coral calcium, any kind of calcium would be better than nothing.  I also ate a clove of garlic almost every day along with taking between 2500-3000 milligrams of calcium per day.
I did what I could do and then I forgot about it because the book Death by Diet made so much sense.  The idea of using calcium is to supply more oxygen to the blood system.  Cancer doesn't do well in an oxygen rich environment according to Dr. Barefoot. This was based upon the 1931 Nobel Prize winner Otto Warburg. One could say that Dr. Warburg found the underlying cause of cancer.  If I had gone for the chemo or the radiation, I would have compromised my immune system and maybe would have contracted another disease.  If I had surgery, the cut into the tumor would have spread it to other parts of my body.  I saw no  benefit in any of the conventional treatments.  My mother received treatments for throat cancer, but then five years later, she died from lung cancer because it had just spread to other areas of her body.
In June of 2010 I was hospitalized for pneumonia.  I had a CT on my chest and my lungs were clear of any kind of growth.
Now, I always look for nutritional ways to solve a physical problem.  Those are the best ways to approach and illness, rather than taking a bunch of drugs that may relieve a symptom, but do nothing about the source of the problem.  Yes, there is no profit in having a cure for cancer and I believe the current research for a solution is just another scam to bilk as much money from desperate patients.
I don't trust the medical community or the big drug companies.  Most of the time, they sell products only to relieve the symptoms rather than cure the medical problem.
What is interesting is the reactions that I get when I tell the story.  Those people who study nutrition have no problem with it, but brain-washed people believing in the godhood of the state and "health care professionals" go almost psycho when I tell this story to them. They cannot believe that an "alternative" method would have any validity.  After all, it wasn't "tested" by the gubbermint.  Had I believed in conventional wisdom, I believe I would have been dead by now.
Thinking outside the box can save your mind and maybe even save your life.
Related:
Death by Diet by Dr. Robert Barefoot. Get this book it is important.
Walter Allen Thompson is the author of Natural Law: The True Supreme Law of the Land