How To Live Through the “New World Order” 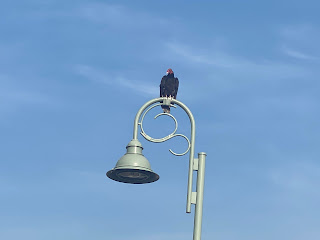 It doesn’t take a “conspiracy theorist” to understand that all governments are corrupted and are intent on the destruction of billions of people.  Government, like the vulture in the above photo, is simply waiting for the opportunity to pluck the meat from the dead bones of the people who die from their misguided medical mandates such a the one we are experiencing now.  The only thing that works for me is to avoid and separate from the evil system by keeping my mind off of all the details.  I’ve been a conspiracy observer for many years and in my 74 years, I have never seen anything get resolved or justice served on the perps.  The reason is because the foundation of the governments is corrupted.

Government is founded on the principles of Satan

Anytime a government requires a man to swear oaths or has oath-taking in the founding documents, it establishes a government run by occultists.  Since oath-taking is a form of lying, nothing good will come from it.  Rather than trying to document all of the evil, I think it is important to go to the root of the problem.  Evil is evil and nothing good flows from it.  This has been going on for thousands of years and it doesn’t seem to get any better.  Now, with all the pandemic nonsense, we are being manipulated into compliance with truly evil medical mandates.  The medical “professionals” are also oath-takers and we can see from the damage they have caused, that they are more evil than the politicians. Look no further than the oath. Oath-taking is evil and this is why we get bad results.  In my opinion, the good doctors should separate from the evil medical industry and simply work under the natural law.

No government, religion, or doctor has the right or authority to mandate evil on any group of people.  If taking a vaccine is evil, then no one should be ordered to take it.  The natural law always takes the higher authority than government legal declarations.  I’ve been getting in the habit of judging everything by the natural law.  This way, I have less of a chance of making a big mistake.

Those people who have complied with government mandated injections are destroying their own lives because they fear the government or believe in the bullshit regarding the “pandemic.”

Choosing good over evil; right over wrong is the key to living through the “new world order.” I try to make sure that when I make any decisions, I am always concerned that I make the right choice and then stick to it.  It’s not always easy to do.  How I look at it is that I know I’ll always get a better result than if I cave in and make a bad choice.  If I choose evil, then I can expect bad results and the bad payback for it.  We always need to make the proper judgments about our own lives and how to conduct ourselves in a seemly manner.

I’ve come to the conclusion that with all the research that I’ve done, I think the problems are many times worse than what I know now.  Just the act of reading that kind of material can destroy the mind.  It’s one thing to know about problems but it is another to fix them.  All of us should take more time to make better decisions and stop depending on groups to get things done.  By taking care of yourself—by yourself—there’s no one who can corrupt your mind.  By working with the natural law will help stop the intake of the horrible information.  There are not any solutions to the endless research.

In order to live a reasonably good life, it is important to preserve one’s sanity.  Choosing good over evil; right over wrong, is the key to making good decisions.  Government is not going to make good choices, and watching what is going on today proves my point.  If any group of people want to do something together, then they have to determine whether the action they want to take conforms to the natural law.  If it doesn’t not, then that group has no right to impose their desires on other people.  The natural law is much easier to use as all of us have a latent knowledge of it but we’ve been brainwashed into thinking that the STATE, State, or state has some kind of godly authority.  The state is the real “Nothing Burger.”

Preserving My Mind in the New World Order