Preserving My Mind in the New World Order 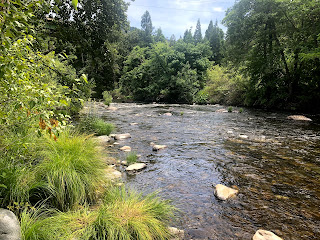 In trying to preserve my mind throughout this new world order, I’ve come to realize that both the political and religious systems of the world are built on an evil foundation.  I believe in the real God and none of these groups respects the boundaries between good and evil.  The new world order is simply that existence which violates the natural law.  The natural law is what the real God created and all of us have a latent knowledge of it.  The problem we have is that our minds have been inculcated to accept evil as something that is normal.  No matter how much research people do, the fact is that we have to look at a lot of evil things and that can have a devastating effect on a man’s mood and sense of security.

I’ve done a lot of research over the years and I feel like I’m just documenting every turd in the cesspool.  The facts show that this new world order isn’t new at all, and mankind has been living in it for thousands of years.  I’ve heard researchers and Youtubers say that the new world order is coming soon, but in my view it has been with mankind when the first government started.  All governments violate the natural order and this is at the center of all moral problems.  The foundation of evil is obvious and it comes from an evil—conscious enemy.  Some call it Satan, The Devil, Lucifer, Moloch, or whatever, but I know it’s real as I can see the bad results.  For this article, I’ll just use the words Satan or Satanic.

Evil should never be acceptable but it is difficult to avoid because our lives are so permeated with it.  In order to preserve my mind, I have to stop taking in evil material.  Once I know something is wrong, then I don’t have to keep reading it over and over again.  Once I realize that something is evil, I go out of my way to avoid it.  If I keep myself within the natural order, I feel like I am accomplishing something important for my own well-being.  This helps in preserving my sanity.

For example, when I hear a politician or a religious leader speak, I assume that they are full of shit.  If they are telling the truth about something they are probably using it to be a cover for something evil.
I don’t like to be so synical, but I have my own mind to preserve.  I’m now in the habit of searching for facts and evidence on any issue that I need to make a determination.  The correct facts will keep my mind focused on truth and keep me away from making stupid decisions.

The new world order is the reversal of the natural morality that all men and women have and it is replaced by stupid and evil.  Feminism is a good example of it.  Feminism is so bad that few men can tolerate it.  Instead of building strong families, our society is being inundated with perversion at levels unimaginable.  Think of the new world order as a sock that gets turned inside out and the natural law gets turned into an artificial construct that doesn’t work well.  The new world order is intended to destroy all the good things in life as the real God has intended.  The religious and government systems are like being in a death cult with no hope for anything better.  Their doctrines and dogma are just a pile of hot and steamy bullshit that cannot do any good for anyone.

With these social systems being built on the foundation of Satanism, how can anyone avoid it?  One of the best ways is that we should all work on our own moral behavior by learning to stay within the natural order.  I stay away from groups as they are too easily corrupted.  This idea is a handful because we are all used to doing everything wrong.  But when we start making the corrections, everything gets better.

Instead of allowing the governments and religions make decisions for us, it is better to make our own decisions about right and wrong.  Right and wrong are the same for everyone but it takes time getting to the point where we can think for ourselves without the interference of liars.  The new world order is just the same old shit that has been around for thousands of years and the destruction it causes the world’s population is obvious and well known.  In other words, all governments are proven failures.when we look at the lives lost as a result of government we can see that there is no reason to have them any longer.

While I don’t exactly know the real God myself, I do know that he established the natural order for us to use. The consistency of right and wrong and knowing the difference between good and evil can always be known by the natural law.  Morality doesn’t change from one country to another; the natural law says it is the same for everyone.  If we can get the natural order correct, then the new world order will go away.