The Weakness of the New World Order 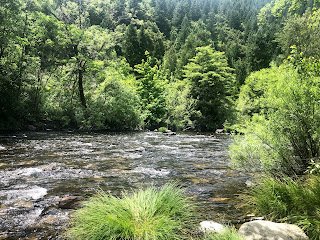 Most people who know about the constant movement of the new world order think that the so-called “elite” leaders are nothing more than Satanic scumbags who use fear and chaos to control the population.  But what many of them are missing is that these government and religious leaders are inherently weak because their doctrines are founded on Satanic and evil principles.  They cannot stand to see people who are happy and just want to live in peace.  If a belief system is wrong, then it’s going to get bad results.  The new world order always gets bad results and bad results are the weaknesses that are self-evident.  No matter how hard these leaders try to make their bullshit look good, it cannot be done without exposing their evil.

The weakness is manifested in the fact that goodness and common sense are not present within their evil doctrines.  Under the natural law, evil always produces pain and suffering on the people.  This is not strength but it is a weakness in natural morality.  Governments destroy the natural order which the real God created.  In other words, these new world order leaders are screw-ups because they are weak people and they thrive on the pain of others.

The new world order does nothing for society; it takes away the joy of living.  This is the fatal flaw of Satanic doctrines.  It doesn’t matter which leader or country we are discussing because they all practice evil.  The only thing that might be different is the style but the substance is the same.

The Satanic doctrine is focused on evil.  Evil is the product of the new world order.  In today’s world, it is manifested as communism, socialism, and fascism.  There is no virtue or any good thing that comes these systems.  In fact, they are just warmed-over versions of the ancient feudal system and oath-taking is the lowest common denominator that binds these systems to the Devil.  Oath-taking is the ticket to untold pain and suffering for mankind.  The idea of taking an oath is to show a weakness so that the one taking it has weakened and cursed himself.  This is why government and religious leaders want people to take oaths is because it makes them weak and easy to control.

No one would voluntarily choose to live in a new world order under a feudal-communist system.  This type of government is slavery and it makes the people miserable. They do try to make it look good by allowing the people to choose their slave master by voting.  It is like deciding which hand you want to cut off: the right or the left.  Obviously, neither one is a good option.  This delusion in the United States has gone on for over 233 years and it isn’t getting any better.  But the weakness of the government is getting more evident every day.  How it plays out is anyone’s guess, but I suspect there is going to be a lot more pain until the people realize that government as we know it today is more destructive than anyone ever thought.

Whatever success these governments seem to achieve is based on weakness because evil is weak.  It has no moral authority and it is destructive.  The whole society has been critically damaged by evil philosophies and lifestyles which do not fit into the natural law.

Another part of the weakness of the new world order is the payback that is coming for its evil deeds.  Everyone knows that when they do wrong they always get it back.  It might not happen all at once, but it is always present and it can never be avoided.  This should be motivation to stop the nonsense of evil.  The leaders of the new world order will literally or figuratively have “hell to pay” for their misdeeds.  Their own lives will be destroyed and they will get no benefit for supporting Satan.  There is no good thing in The Devil, Satan, or Lucifer and it doesn’t make any sense to support systems that are founded on such nonsense.  But the new world order leaders will suffer an incredible pain because they are pure evil with no future.  They will get paid back for it one way or the other.  Retribution is a part of the natural order and it cannot be avoided.  Retribution will fall hard on the irresponsible political leaders for allowing the world to fall into utter chaos.

Their consciences will torment them day and night with the expectation of the payback that is coming.  I don’t know what that might be but I’m sure it will get very ugly.  Remember, the weakness of the new world order leaders is the fact that they are evil and the results of their actions will not be good.

Walter Allen Thompson has a book called Natural Law: The True Supreme Law of the Land
Posted by Very Dumb Government at 12:13 PM