Happiness in the Natural Law 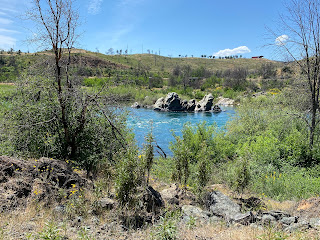 Instead of focusing on the freaks of the “new world order,” my thinking is that it is much more profitable for me to focus on the natural law and keep myself within its boundaries.  I wish I had learned this a long time ago as my life would have been much easier.  It would not have taken much instruction as the natural law is something to be used to the benefit of mankind.  Everyone has a latent knowledge of it but then we get too wrapped up in government, religion, and politics.  These things prove to produce more strife and they don’t serve mankind in a beneficial way.  All we have to do is to look at society for what it is and the evidence is there for all to see.

Abiding in the natural law improves everything

If the real God created everything, then it makes sense that if we stay within our proper boundaries, our lives will improve. Having been a political researcher and activist way back when, I can readily see that when it comes to government and religion, it is very difficult to have an intelligent conversation about either one.  The problem is that governments and religions operate outside of the natural order.  Governments produce tyranny, envy, and strife while stealing the wealth from the people.  Religions have so many variations in their doctrines that it is difficult to know if what they say is true.  They have so many variations of “God” that following any of them is going to lead to spiritual disaster.  If we look at the symbols used by these organizations, we can see that they come from the occult.  However, I do not want to waste any more time scuba diving in the cesspool of politics and religion.  But rather, I want to focus on how to keep myself within the natural order of life which has been a blessing to me.

I believe in the real God but not religion

Just by observing the natural order, I can see that there is only one real God who created it all.  However, I’ve never met him and my knowledge is limited by my own existence on this earth.  Rather than take a crap-shot at religion, I simply work with what I can see, hear, and experience.  This way, I avoid getting myself mixed up in idolatry.  I have a Christian background, but almost all the churches I have seen do don’t stick with the Christian teachings but they go off into their own fantasy.  I’ve done this myself and I’m a bit embarrassed by it.  I stopped doing it over 20 years ago and my life has greatly improved.  But, if I screwed up and went into the “new world order” mode, things got really bad.  I’ve had to learn this lesson the hard way and it could have been avoided if I had just taken the time to understand life and my part in it.

The natural law is my anchor for happiness and fulfillment

I’ve been very happy using the natural law and if I don’t understand something, I just set it aside until I can figure it out.  Using the natural law keeps me out of trouble.  By abiding in the natural law I then keep myself from the eventual payback that comes to everyone who does evil.  I don’t join any groups as they can get corrupted.  Staying within the proper moral context makes life much better and peaceful.  I don’t have a lot of anxiety and the fear goes away.  I figure it this way: If I cave in and go outside of the natural law or natural order, I’m going to get a bad result.  This isn’t a theory, it happens to everyone.  If I stay within the natural order, the I always will get a good or a better result.  Learning to use the natural law was easy for me once I realized that it has always been available to me.