The Curse of the Oath and Hand Signals 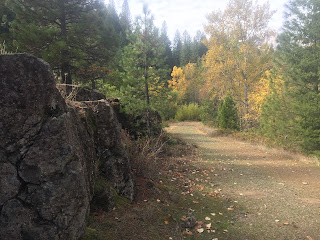 After spending almost a month studying the Pizzagate issue it is my opinion that people need to learn how to stay away from Satanic influences.  I am of the opinion that the Satanic problem is much worse than any of us thought as most of us are too busy trying to get through our own lives, make a living, and raising our children.  As in most Satanic activities, everyone gets a warning but most of those warnings slip through because we either don't know or we are not paying attention.  The oath and the hand signals are the two most prominent ways that you can observe as to whether anyone is involved in Satanic activity.  I have written a few articles about both and I have posted them at the end of this article.
What I learned from the Pizzagate issue is that these freaks are much worse than I would have imagined.  To murder little children and then cannibalize them is an evil that is off the charts.  Just studying this trash in the last few weeks took a toll on me and I will never forget it. The images of the Satanic "spirit cooking" were off the hook.  But I want to suggest some things for people to avoid these demonic people.  Just being around people like this can corrupt the mind and the soul.  These Satanic assholes give us a warning and we should heed the warning and separate from them.

The oath
If anyone takes an oath, they are actually cursing themselves.  This is the last thing anyone with half a brain should do.  The history of the oath goes back thousands of years and it is important to the governments.  Most governments demand that their officers and workers swear oaths and this is the main spot where the trouble starts.  All people in government who have sworn oaths have taken themselves over to the dark side.  Many religions including the Roman Catholic church operate on oath taking even though the Christian gospels forbid the practice.  The Roman Catholic church considers people who refuse the oath "heretics".  Pope Innocent III said that they were not only heretics but that they deserved to die.  Perhaps this is the reason there is little concern coming from the "Christian" churches  over Pizzagate as all of them have jumped over to the evil via oath taking.  So, either the Christian church is completely corrupted or it is a total fraud and the gospel forbidding oaths is the warning.  Either way, this is a major problem that can be easily solved.  Just stop taking oaths or signing any paper under the penalties of perjury.  Remember, perjury is lying under oath.

The hand signals
The hand signals are another way Satanists disclose who they are mostly by using what I call the Two-Fingered Finger.  I have these flashed at me almost on a daily basis and when someone does that to me I consider it their attempt to put me under a curse.  Most politicians will flash these hand signs giving you the warning that they are of the devil.  It is possible that they don't understand what they are doing but I don't give them the benefit of the doubt.  With all of the communications we all have available, I doubt that they wouldn't know.

Satanists are assholes
The type of person who would produce art depicting the torture and abuse of little children are complete assholes.  They are evil to the core and they actually enjoy the pain of innocent children.  That's  all the evidence anyone needs.  Because if they are engaging in cannabilism then there are no bodies for evidence.  It is best to avoid them and the safest way to do that is to refuse to take oaths
and look for any possible Satanic symbols and keep yourself and your family away from them.  Please take the time to read the articles below and get up to speed on this issue as it will save you a lot of trouble in the future.  Remember, from what I've seen, they always give you a warning.

Related:
Swear Not At All
Swear an Oath, Tell a Lie
All Bad Things Flow from the Oath of a Man
Stop Swearing Oaths
Understanding Jurisdiction

Walter Allen Thompson has a new book called Natural Law: The True Supreme Law of the Land
Posted by Very Dumb Government at 9:56 AM