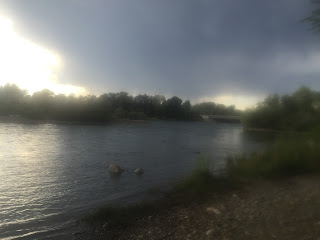 When people like me criticize communism, socialism, or fascism, we always run the risk of being attacked as racists when in fact we are not racists. The tactic that is used by so-called anti-hate groups that purport to help blacks, Mexicans, or Jews is to hide behind the race issue.  The problem with this tactic is that many people are figuring out the scam and really don't care if they are called bigots from groups likes these.  The real problem today when it comes to the government and the religions is the structural communism that is present in all governments.

Communism, socialism, liberalism, and fascism are the systems of choice by tyrants
These systems of government are deployed throughout the whole world, and it is the United States who is the leader in promoting the communism.  It's the communism, stupid!  All of the trouble with Black Lives Matter means is that these people who run the organization are probably government operatives who are attempting to subvert our whole society.  And how do they do it?  The promote racial hatred by destabilizing society with false accusations of racism.  Their intention is to use this racism to cover-up the communism.  The government is going along with all of this because it is in their best interest to have a rotten society so that they can maintain their control and steal money from the public through the communist Jew income tax.  Remember, the income tax is the second plank of the Communist Manifesto which was written by Karl Marx who was a Jew.  Anyone who supports income tax is a communist.  But, through very effective MSM  control over the information, there are few people who realize that they are being financially screwed.  And if someone like me wants to challenge it, we are usually called racists which then shifts the discussion to something frivolous.

Cops must be brutal to enforce the communism
The police think they are enforcing a good government system when the facts show that police brutality is running rampant throughout the country.  If the brutality wasn't intentional, it would not be such a big problem.  However, the racist issue serves another purpose in that it too covers up the evil by hiding behind the racial accusation.  No one in their right mind would impose communism on themselves, but this has been done throughout the years and the criticism of the communism is hidden behind the mask of racism.  This is why people in the government are such assholes.  My view on this is that there are only two kinds of government people: 1. Assholes, 2. Assholes-in-training.  Once these people have lost their good judgment by joining the government, they will do almost anything to anyone or anything to keep their powerful position.  However, the fact remains that they are assholes with no real authority other than the use of violence.  The wearing of a uniform will distort the mind of the wearer into thinking he has such authority over people.

Just the facts
Some of the facts show that black people kill black people.  Where's the racism in that?  The problem is the evil of murder.  Good morals and good character need to be taught to all people but this isn't happening today.  But the main underlying problem in society today is communism, socialism, and fascism.  These government systems are lead by liberals, progressives, neocons, and other political miscreants.  Communism violates the natural law and it destroys life as intended by God.  Communism uses all of the various perversions such as racism, homosexual rights, fornication, theft through taxes, war, religion, as battering rams to get their way.  No one, with the intelligence of the average plant, would ever choose such a system for any peaceful society.  Communists are genocidal maniacs and they will do anything to justify their position.  Don't be fooled by the false idea that racism is the problem.  It is not. Communism is the problem and until all of the principles of communism are removed from the government, the chaos will continue.

Posted by Very Dumb Government at 10:38 AM