How About No Government? Part One 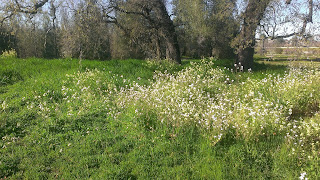 If the natural law was properly observed, then there would be no need for government as we know it today.  We all know as adults the difference between right and wrong and it would be much easier to have a society that actually used the natural law as their moral compass.  In today's world, the governments promote the most perverse and immoral society.  People spend almost half of the earnings paying for this garbage that has no benefits to society.  The governments, along with the religions, continually lie to the public because that's all they are able to do with their Satanic organizations.  Every religion tells us that there is only one true God and that their religion is the only true religion.  It is obvious to see that they are all lying and they are good for nothing.  What is frightening is that these idiots have almost complete control over society.  What would happen if people stopped having a government and that they chose to abolish it?  I am not an anarchist because anarchy seems to be affiliated with communist groups and I'm not a communist.  Actually, I'm a commie-phobe.  I realize that people don't think much about this but I think it is a very interesting option.  What would happen if there were no government?

Fewer wars
There wouldn't be as many wars because it would be too expensive to engage in them.  There would not be enough money to finance these wars because few people would want to pay for them.  People have better things to do than to go over to another country and commit murder.  War is against the natural law and the only violence that nature allows is in self-defense.
In the history of the United States since 1787, I counted over 152 wars that the government has either started or defended.  But when we look at the circumstances of the starting of these wars, it looks to me that the government started these wars to take control over the world's resources.  And the government has no problem is murdering millions of people in order to get their way with them.  Who needs this nonsense?  I can find a lot of better things to do without having to go to war with someone.  The money that was spent on these wars could be directed into the economy and the jobs that would be created would be much more productive than having a "military-industrial complex."
The problem with this idea is that we would need to have a moral society operating under the natural law.
War is the Satanic option and it generally never settles the problem permanently.  There will always be bad feelings on both sides and the rage of revenge will be present in minds of the people who lost loved ones.  Under the Satanic thumb, it is the hatred of people toward each other which is the whole point of the devil.  Satanic power comes from the lack of a proper moral structure and the main culprits of this tragedy are the governments and the religions.  The moral structure of the natural order cannot be ignored and the people who violate are putting themselves in great danger.  Remember, there is always the payback that comes from violating the natural order.  And war brings upon those people who engage in it the  hideous results and many will have to witness the hideous results.  For this reason, the government is useless in its own existence.

War provokes murder
War is the demonstration of the breakdown or failure of right reason and common sense.  In modern history, we can see that it is provoked by greedy communist pigs, leftists, liberals, neo-cons, and progressives.  War is the idiots' solution to everything.  Young people play war games and spend hours upon hours electronically mind-numbing themselves into the accept of murder.  I believe this is by evil design.  The act of killing someone should not be a form of entertainment.  In order to keep their moral rudder straight, they should refrain from taking in anything from any media that glorifies mass murder such as war and conflicts.  As a result, these wars provoke murder and it would make more sense to use right reason and common sense to solve any disputes.  Once the bullets fly, the idiots are in control and there's no limit to their depravity.  There is plenty of room on the earth for everyone to live in peace and to participate in any economy.

War is anti-social
There is no benefit to anyone when there is war or the threat of war.  It is the socialist governments who wish to infect society with their useless philosophy of doom and gloom.  They are really nothing more than two-bit assholes with nothing else better to do than to cause trouble and then take control over society.  They want to be able to tell people what to do and when to do it because they are insane reprobates.  Who needs this crap?  Military people dress up in their uniforms which actually acts as a mask.  The uniform makes them feel like they have power when they, in fact, have none.  There is no power in any evil deed.  Every evil deed will be subject to the payback that God has built into nature.

Evil people are the ones who are going to live a bad life
People who are moral or trying to be moral should separate from those people who do evil.  When someone has a nasty life, that has a tendency to spill over onto those who are nearby.  Every evil deed will have its payback and it is always ugly.

Before and after views of war
Let's take a look at what happens when a city is a victim of war.  You can see that the devastation is mind-boggling and is the destruction worth the goal.  It's worth it to the freaks that ordered the destructions.  They are mass murders and the people are simply the "collateral" damage that always occurs in wars.  There are many photos of the ravages of war that the reader can look for on his favorite search engine.  My point here is that there isn't one war that is worth the blood of any man, woman, or child.

The first line of defense against evil is a good moral standard
Why do you think the government promotes immorality on a regular basis?  They do this to soften up the people so that they can be controlled.  What I recommend is that people learn to live moral lives and not be so anxious to tell other people what to do.  The best example one can give is to do it yourself before trying to help someone else with their problems.  The testimony of your good moral character will be evidence in and of itself as to the value of the natural law.
Since it is the governments who start wars, the only sensible thing to do would be to abolish them.  They don't serve any practical purpose other than for conquest and confiscation of the substance of the people.  Watching the governments is like continually watching gangs wars 24/7 and they are good for nothing.  If there should ever be any gun control, it should be imposed on the government.  The people who want to carry guns should be able to do so and protect their own interests.  There are plenty of different ways to get things done without the "services" of the governments who fulminate war.