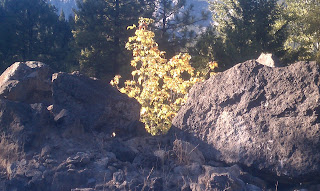 It never ceases to amaze me how politicians will bow to the Devil and disclose who they are before anyone votes for them.  Last night, I was watching the Republican convention.  Mike Pence walks on the stage and then flips the Two-Fingered Finger.  This man is supposedly a "Christian" but he was showing the world that he is a devil worshipper.  I had some hopes that Trump would be different, but when they use the Satanic hand signals, I know that nothing better is going come from his presidency.

Here is the link and the Two-Fingered Finger is plainly displayed.  At least they are consistent.  Paul Ryan appears to be a freemason and so their brand of Christianity is false and the men are basically liars.  In other words, they are just as bad as Hillary.

Look for it at 1:52 (Updated 07/22/16)
https://www.youtube.com/watch?v=mmoBQW3h_QI  Please note that this video was edited and the finger flash was cut out of the video.  This looks like Bloomberg did it since it is their video.  Now, if you go to this link: watch it at :18 seconds into the vid
you can see Pence giving the Baphomet sign.  Let's see how long this stays up.

This is the same nonsense from one party to another and the real issue is that neither party is doing anything to remove the chains of slavery and communism from the "Government."  They may lower income taxes, but the fact is that no one should have to pay income tax.  Under the natural law, if a man pays and income tax of any amount, he is a slave.  Slavery is offensive to God and it is a great   sin, yet this guy claims to be a Christian.  This is why I completely reject any religion as they all seem to be offensive to God and they are especially offensive to any mind with the intelligence of the average plant.

Everyone seems to think the Muslims are crazy.  In my view, they don't have anything on the "Christians."  Both religions are responsible for most of the wars and the killing of millions of people.  And since these religions are founded on Judaism, the communist Jews are just as responsible for the chaos in the world.  If it is Judaism, Islam, or Christianity, they are all inconsistent in their religious doctrines, have multiple sects, and they are a plague to right reason, common sense, and mankind.  I don't think that God is that stupid to establish any of these religions.  If these religions were true and valid, they would respect the natural laws that God created.  But as they are now, I think they are the enemies of the God who created the heavens and the earth.