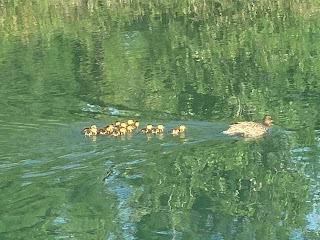 I was reading an article on another website about inflation and prices and how the price of things have gone up dramatically.  What I would like to do here is try to remember what I was paying when I left high school back in 1965.  Yep, I'm an old geezer; never thought I'd live this long.

So with help from the internet, I'll see if I can paint a true picture of what things really cost.  Remember, the money inflates and deflates but the labor is what always stays constant.  So, I like to figure out just how much labor it takes to buy a particular product from one year to the other.  Remember, it's the amount of labor it takes to make enough currency to purchase any particular product.

Hours Worked per gallon: It took me just 12 minutes of work to purchase one gallon of gas at $3.75 per hour wages.  At the time, I had a very good paying job as the federal minimum wage was $1.60.  For someone today who makes $10.00 per hour at 4.00 per gallon, it will take a whopping 24 minutes of labor to make enough money to purchase a gallon of gas.  How I figured this is by converting the $10.00 to .166666 per minute  and the $3.75 to .0625  In order for me to match the same value of my labor that I earned years ago, I would need to go out and get a job at the rate of about $20.00 per hour to be at the same purchasing power as I had almost 50 years ago.   The numbers I'm using would have to be take home pay; not encumbered by any taxes.  Remember, I'm not even counting the effects of usury and interest.

In 1971, it would take 2400 minutes of labor to make $150.00 or 40 hours which is usually one week's worth of work.  In today's world at $10.00 per hour, it will take 8103 minutes or 135 hours of labor to pay one month's rent.  For a young person or couple today, it will take almost 2.5 more labor to gather enough money just for the rent.  It will take three times more labor in 2013 than it would have in 1971. Which means that it is impossible for youngsters to pay rent or young couples to raise a family on just one income, paying interest, and income tax.  If you focus on the 40 hours of labor for the cost of the rent, you will need to take home $20.00 per hour in order to pay for an apartment and be within proper budgetary tolerances.  I was brought up on 25% of total income for rents or mortgages, but I hear it is now about 33-39%

I'll do one more.  I purchased a brand new Volkswagen in 1968 which is showing a retail price of $1699.  So, in 1968, it would take me about 453 hours to earn enough money to pay this price; remember, I'm not including any interest or communist-slave-income tax.  The same basic style of car today is $20,000  and it would take at least 2000 hours of labor to pay for the same basic car.  That same car takes 4.41 times more labor to earn, than it did in 1968. That's real inflation and it has to be measured by the number of hours worked to get a better picture of how inflation works.

A man  has a limited amount of labor within his life.  Since the currency system is based on fractional banking and usury, there is no way to properly measure inflation without taking into consideration the amount of labor it takes to purchase a product.  Many people have tried to have a stable money supply only to be destroyed by the federal govtards who wish to destroy civilization itself with it's worthless banking system.  With usury, the money system in any country is a true slave system.  The borrower is always the servant or slave to the lender.  Until  usury is put out of the economy, there's nothing good that will happen because usury violates the natural law in that it is a system of theft.  That, along with income tax; which is also a form of economic slavery, must be abolished if people are going to have prosperous economies.  Income tax and usury are the two fundamental economic curses that plague mankind through the feudalistic-communist governments that we have today.

Income tax and usury makes these numbers even worse

The amount of labor just to pay the interest on the above car is even more than the hours worked.  Clearly, adding the burden of income tax and usury(interest) is devastating to any group of people.  In my opinion, the income tax creates the market for usury because people run out of money as the govtards stole a portion of it by collecting an income tax.  Then, they turn to bank, car, and mortgage loans to supply the family with the things they need to survive or to establish a home.  The problem is that they then in turn, set the foundation for their own slavery.  This is how the new world order freaks want it to be.  This is intentional and it is the cause of economic disorder and their skewered view of a "global" economy.  In addition, not only does income tax create the market for usury, the income tax is the usury for the phoney bank debts spawned by the fractional banking system of the Federal Reserve.  And there is no economic adjustment that will stop the ultimate failure of the banking system which is under usury and income tax.

Your real asset is your labor; don't give it away...

Hopefully, after reading this, you can see just how valuable your labor is and it is important for people to get as much money as they can for it.  You only have a limited supply so your labor is your major asset that should not be squandered.  Working for yourself is one way to keep from getting laid off and I find that more to my liking.  I was actually afraid of being laid off working for a major corporation when I was a young man and saw my boss get fired right before his retirement kicked in.  I couldn't believe that corporate people would be that evil.  Many of them are that evil and it is best to be as independent as you possibly can and learn to market your skills.  There's nothing wrong with getting a $10.00 per hour job, but you had better be looking ahead and continually assessing your skills to make sure you are a person that has marketable skills.

Real inflation is the amount of hours worked in order to purchase a product or a service.  The reason is that the labor of a man, woman, or child always remains constant whose value is determined by the market for such labor.  Under a communist system such as what we see today, these markets are manipulated to the advantage of the bankers and usurers; and it's time to abolish both and have a sound money system.  Abolishing usury would be the best place to start.

Posted by Very Dumb Government at 11:13 AM