Confusion between Love and Sex 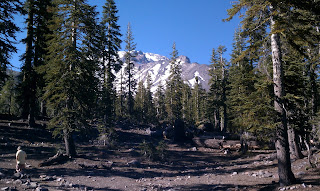 One of the problems I see with all relationships today, is that the act of sex is taking the place of love.  Love is something special that all people desire for themselves.  I don't think there is any man or woman on earth who does not want love.  But the problem is that sex, in many cases, has become the substitute for the love.  The proper context of sex is within a loving relationship between a man and a woman who are husband and wife.  Sex, outside of the context of marriage, becomes perverted because it isn't practiced by husband and wife who love each other, but it is practiced as some kind of recreational activity that produces nothing but heartache.

Love has to occur before the sex and love is not sex.  Sex can be the expression of love; sex is not love.  Sex outside of love and a lawful marriage serves no purpose as it twists the natural order.  Nature tells us that a man and a women must be bound as husband and wife in order for the sex to be meaningful.  Sex is not an end unto itself, it is simply the method God created for procreation and the expression of love within a lawful marriage.  Fornication destroys the relationship between a man and a woman.  Same sex fornication just ruins a person's life even faster than the fornication.  Fornication destroys the soul and it ruins the mind.  Sex outside of marriage can be extremely dangerous because of the various diseases associated with it.

Advantages of waiting until marriage

It is much easier to break off an unsatisfactory relationship by simply not letting things go too far before their time.  Everyone is different, and sometimes, while one may feel love for someone, it could be that the feelings are not fit for a marriage.  If that happens, the relationship can be broken off but the friendship can remain because the line of intimacy had not been crossed.  Since sex is an extremely personal activity, it should only be practiced within the context of marriage.  Sex outside of the context of marriage between a man and a woman will do more damage.

Because a man and a woman have an intense desire for love, when they don't get it, they then use sex as a substitute.  This is not a good way to start off a relationship because the commitment isn't there.  The primary purpose of sex is for procreation, and this is why it is exploited by satanic influences.  Sexuality should be something between a husband and wife and not paraded on a stage in public.  When you see these kinds of displays, that's just a way for satanic exploitation.  Evil knows how to play on peoples' thoughts and desires and if we allow ourselves to be influenced by them, then they can take control over us.  Fornication will be just the start of it as we open ourselves up to other sexual perversions such as homosexuality.

Satan will exploit this weakness in a man's character, and it can actually put a man into a kind of stupor.  I call it a satanic stupor because it feels like it is a type of trance where we lose our moral foundation.  Some may simply call it a temptation.  But which ever way one looks at it, the influence to do evil is always present to tempt us into doing evil.  I don't know exactly why this happens, but it does and this is were discipline and self-control come in.  Once the fornication starts, all the other problems will come along with it.

What good does it do for you?

One way of looking at it is when I'm confronted with an opportunity to fornicate, I ask myself: "What good thing am I going to get out of this?"  I always come up with the answer of nothing.  I don't want to get that personal (having sex) with a woman unless she is my wife.  All that would do is twist my emotions and my feelings into something that is foreign to my way of thinking.  I'd rather avoid the fornication and think about other things that might actually do me some good.  Schools should be teaching no sex before marriage to a person of the opposite sex.  (I think the whole school system should be shut down because they have been degraded by the homos to the point that they are completely worthless and commit child abuse.)

Believe it or not, I ran into an old Jewish writing that stated that woman use fornication to get control over the man.  This is probably why fornication is so prevalent.  A woman can't physically or intellectually control a man, so the only thing she has left is fornication.  Fornication is the lure women use for bondage of a man.  So, it is worth a man's while to keep his rocket in his pocket and keep all sexual activity within the natural law and within the context of marriage.

Fornication as a political weapon

Sex outside of marriage severely compromises any society because the strength of it depends upon strong families.  Interestingly, the Russian government does not like the homosexuals being outspoken in their country.  So, even strong communist leaders know just what kind of trouble can come from it.  But I'm sure they still fornicate like most everyone else, but this fornication opens up a place for even more sexual perversion.  Once a society becomes lawless in this department, the population is corrupted and thus brings on big government.  This is the purpose of promoting fornication in movies, television, and various other medias.  It is a form of brainwashing specifically intended to ruin the young people, corrupt their future, and make them weak under the bondage.  Homosexuality is like a nuclear bomb when applied in any society, and this is why the Russians don't want it when the Olympics come their way.  Apparently, they don't want to endure the carnage that homosexuals bring into a society.  I submit that fornication is just as bad; just different.

Love and sex in the natural law

Thus, love and sex are proper in the context of a lawful marriage between a man and a woman.  That is the only natural way it can be.  Little children need strong families to be strong in character themselves.  We as men and women, cannot just let out children out in the wild like animals, they need more constant attention and this fact is self-evident.  We don't need any book to understand this principle.  The love and care of a mother and father will last through the lifetime of everyone concerned and we simply cannot allow ourselves to be drawn into the bondage of fornication.

The best way to have a relationship is to become great friends first, and then if marriage is what the couple want for themselves, then they should marry and raise lots of children.  Avoiding fornication will have a better chance of success, especially in later years.