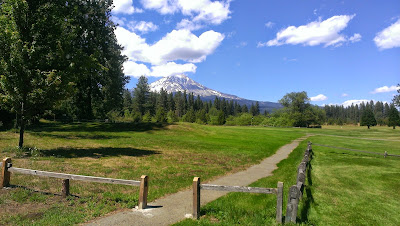 We got the cancer but killed the patient

About a week ago, I lost another person I knew to chemotherapy.  Notice I didn't say cancer.  The man died from chemo therapy and a stupid lung surgery which inflicted 8 blood clots, an infection that made him deathly ill, and he lost 30 lbs within a one month period.  In fact, I told him around mid May of 2013 that if he took the conventional chemo therapy treatment he would be dead before the end of July.  Unfortunately, I was right as he passed away on July 25th, 2013.

The main problem with chemotherapy, is that it attacks the body's immune system and it does nothing to address the cause of cancer itself.  Chemotherapy, radiation, and surgery are the main treatments that so-called "modern science" uses to "cure" cancer.  These procedures only address the symptoms and not the cause of the disease.  I'm really sick of seeing such nonsense being passed of as advanced medical care.  This so-called cure may kill some cancer cells but it also destroys the immune system, and without a healthy immune system, it is just a matter of time before the cancer comes back with a vengeance.  In the attempt to attack the cancer, the source of the problem is never addressed.  And from the pharmaceutical company's perspective, there is no profit in a cure.  Since the medical system in the United States is a closed system, nothing but the worst solutions are used because there isn't any incentive for real cures.  The chemotherapy system had been in place since at least the 1940's, and the principle of it is always the same: treat the symptom, and ignore the cause.  This is true throughout most of modern medicine.  Doctors who dare to oppose the regulated treatments are persecuted by mainstream medicine, put into prison, and some are driven into madness because of the evil and stupidity of it.

When I was confronted with lung cancer a few years ago, I decided I wanted no part of conventional treatment.  And the reason is because I didn't want to make my demise any worse if I was going to die.  I watched my mom and father-in-law die and I could see absolutely no benefit to any of these treatments.

I have a hard time thinking that these doctors are just ignorant and stupid.  Some are, but in my mind, any kind of treatment that would severely compromise the immune system or spread more cancer throughout the body, is simply an expensive way of killing off the population.  It isn't as blatant as being shot by a firing squad or gassed in the ovens, but these treatments have an effect on people that is worse.  I see cancer treatments as a way for the medical psychos to not only kill more people, but I believe the purpose of it is to make them suffer and make them pay a lot of money for their killing service.  But this kind of failure is on a scale I could have never imagined unless I had experienced it myself.  Since the government is run by a bunch of morons from freemasonry; like a satanic cult from hell, it is no wonder that real cures for cancer go unnoticed as they are ignored in favor of failed treatments.  The "new world order" goal is achieved by making a lot of money, killing patients, and making them suffer.  This kind of treatment fits the satanic agenda of the people who enjoy inflicting death and suffering on others.

The purpose of this kind of medical practice is to kill, maim, and torture as many people as possible in the name of medical care; medical care is the smokescreen for the evil.  It is intended to destroy as many people as they can and make a ton of money from it.  I'm calling it the way I see it.  As I am writing this article, another friend I knew from years past just died of conventional cancer treatment.  The same scenario keep happening: discovery cancer, inflict medical treatment, and then patient dies.  I now believe that the infliction of conventional cancer treatments are intentional because: 1. There's no money in the cure, 2. The caregivers are just evil, and 3. the treatment addresses only the symptoms and not the cause of the disease.  In fact, physicians have the highest suicide rates of any profession as over 300-400 of them per year kill themselves. I used to think they were just stupid and didn't know any better, but I've come to believe that this may be the latest version of Auchweitz-light.

The treatment is especially cruel in that it gives the patient a false hope of survival.  If they manage to survive their treatment for over a few years, they will probably get even more diseases because of the destruction of their immune system.  What kind of moron would inflict a treatment for cancer that attacks the immune system?  Only and complete idiot would even suggest such a thing.

Some well-known female celebrities are having their breasts removed as a way to solve a potential problem before it starts.  The thinking is the same as shooting oneself in the head because he's going to die anyway. These self mutilations are completely unnecessary and there are a lot of alternative methods that can produce good results in treating cancers.  I think it is a pathetic testimony to the ineffectiveness of cancer treatments. Charities collect billions of dollars a year from various activities, and yet they still focus on the same old tired treatments; two of which will attack the immune system, and surgery tends to spread the disease even more. The body's immune system is essential in fighting all diseases, not just cancer.

The results are self-evident

As a former businessman, I have always had to look at the results of whatever activity I was doing. If I got good results, I would keep doing it until I found a way to do it even better.  If something didn't work, I would stop doing it and stop wasting my time on an effort that was ineffective.

For the past seventy years, these conventional treatments are almost always a failure and they get little to no good results.  And, it only makes sense that even if a cancer disappears; without a healthy immune system, the patient is going to die of something else prematurely, or the cancer will come back with a vengeance.  So then, the results to a normal thinking person show that it would be insane to take any of these treatments. But my view of this is that this failure is the intended result that the government and the medical system want. Governments, which in my opinion are satanically fascist, thrive on the misery of a failed medical system. Why else would they put doctor's in jail who were able to find a better way to treat diseases?  They are protecting their pocket book.  Many enlightened doctors are threatened with lawsuits and are continually harassed by the FDA.  But only the fascist govtards can get away with dispensing cancer treatments that destroy the immune system without being put in prison,.  It's a very convenient way to make more money and exterminating hundreds of thousands of people per year without it looking like Adolf Hitler 2.0  All they had to do is to poison the food supply, and they would get all the cancer patients they needed to make the big bucks.  They know that people put too much faith in their "medical professionals" and that they can't think for themselves.  The evil ones take advantage of this and make billions of dollars from their ignorance.  In fact, all evil always exploits a man's stupidity, weaknesses,  and ignorance.  Whether one is stupid or just ignorant, isn't as important as the fact that these things will always be exploited if you expose yourself to them.

In the internet age, there's no excuse for being ignorant.  It is important to completely understand what kind of medical problem that you have and how to effectively treat it.  This is where you have to make your own choices and never let anyone coerce you into a medical treatment that may be dangerous.  I actually had a doctor tell me that my blood was thick and that I needed to be bled.  Mind you, this "treatment" is over 250 years old and killed George Washington to name a few.  I had gone in for high blood pressure and now the doctor wanted to suggest that I be bled in order to thin my blood. If that isn't a pantload, I don't know what is.  The locals here call it the Dr. Kevorkian Medical Center; now I know why.

This is what I do for myself when dealing with medical issues:

My thinking here is that if the conventional treatment doesn't effectively address the cause of the problem, then I only have a part of the solution.  If only the symptoms of the problem are addressed, then there will be unresolved problems because the root of the problem is not yet solved.  Try to solve the problem yourself by being diligent in your research.   Even if you get just a placebo effect by using an alternative treatment, the fact is that it worked and it got you the good results.  Success is success and it doesn't matter as long as you have been able to secure good health.  I think anyone who does their own research is going to come out much better than just blindly believing someone because they wear a white coat.  The white coat is nothing, but it is effective in making the person think that the "doctor" is special.  The white coat gives him an aura of authority that he may not deserve.

With the new "healthcare" system, the last place I would want to go is to a doctor's office.  What I will be looking for is a cure for any of my own problems that may arise.  The abuses that will occur in what I consider an extremely defective medical system will only get worse.   All medical solutions are only solutions if they work; if they don't work, they are failures.

Related:
The Medical Holocaust that No One Wants to Expose
You Have Lung Cancer!
Are Vaccines Related to Cancer?
Chris Beat Cancer

Posted by Very Dumb Government at 10:35 AM