The True Face of Government 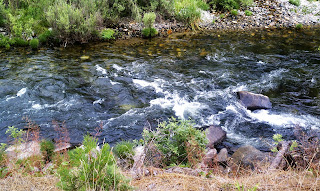 I hate to give Anthony Weiner any attention on my blog, but I do marvel at the arrogance of this "man" in attempting to run a political campaign with such horrible and juvenile behavior because of his alleged sexting of which he himself admits. 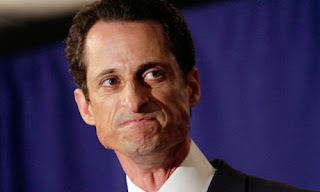 This photo was taken when Weiner was in Congress.  This is the true face of the federal government.  This is their arrogance and their attitude.  Just take this face and you can paste it on any other govtard, and it will be a perfect fit.  His face drips with hatred and venom.  This putz doesn't like anyone including his own family.  But he is, at least, more open and honest than the other govtards.  And for some reason, people must love to see his shenanigans.  He is still placing 4th in the race for the New York City mayor primaries.
In my opinion, this face is transferable to all government officials, judges, and lawyers in most parts of the world.  The reason is that these governments are founded upon evil principles and that they do not produce anything good.  War, violence, murder, idolatry, sexual perversion, usury, drug running, drug abuse, and lying-- a complete disrespect for the natural laws that God set forth for mankind's benefit.  But because people give these men attention and even vote for them, we have probably the worst government in the history of the world.  I can only speculate, but what we have now is total chaos and confusion because people like this are elected to office.  In fact, my thinking is that no government would be more peaceful than having idiots like Weiner as political leaders.  In my view, all political leaders are pimps and whores for the sickening "new world order."  So the next time you go and vote for any of these morons, think of Weiner's face.  They are just a bunch of Weiner-heads whose only goal in life is to completely destroy civilization as we know it.   It doesn't matter if the candidate is Democratic or Republican, they are all cut out of the same arrogant cloth.

Weiner's face represents what the governments think about the people.  There is no love, no honor, no hope, and no one to look up to and to use as a good example.  Anthony Weiner is the true face of government.